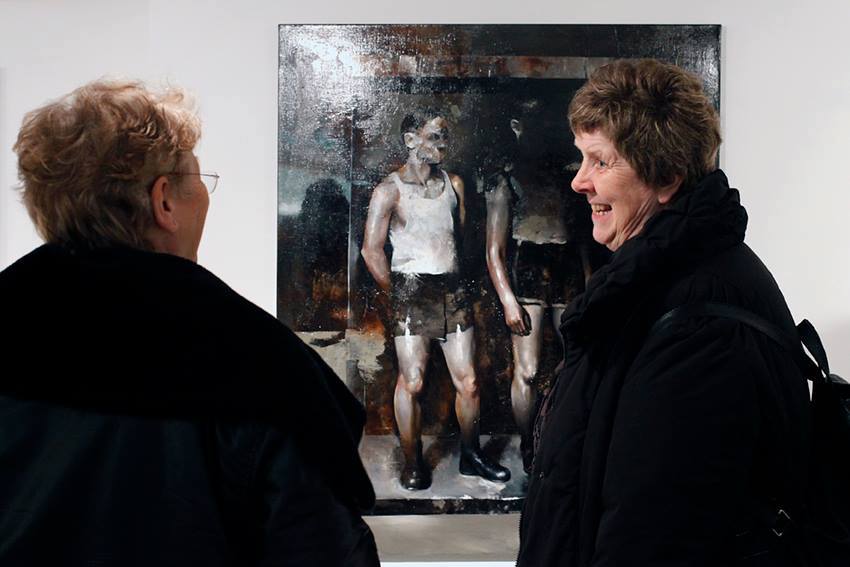 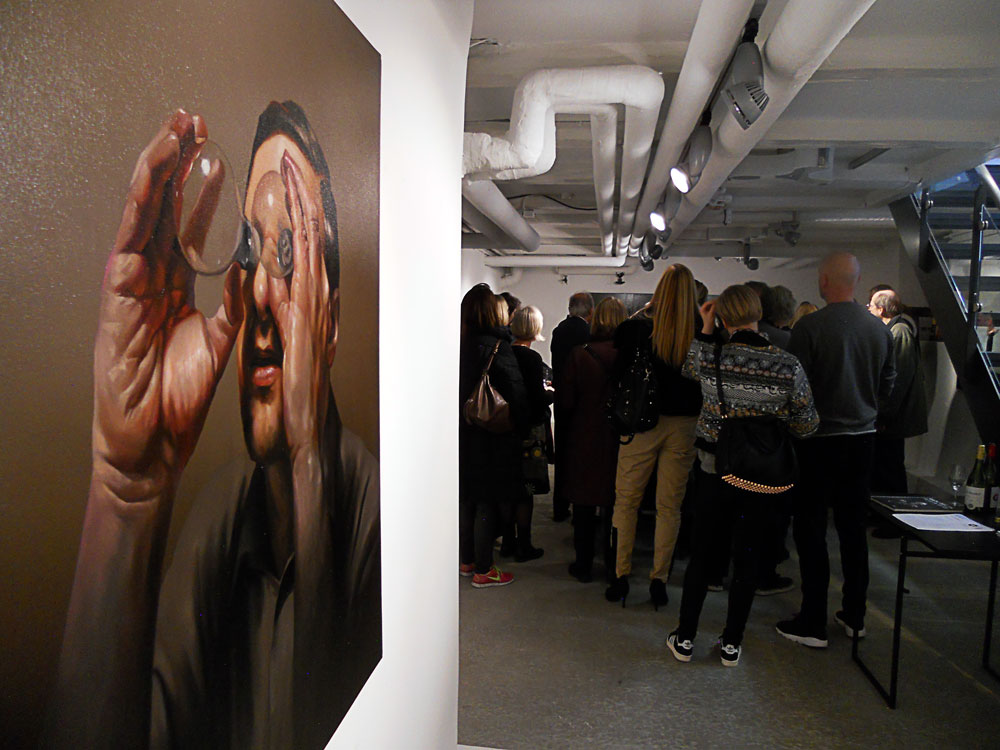 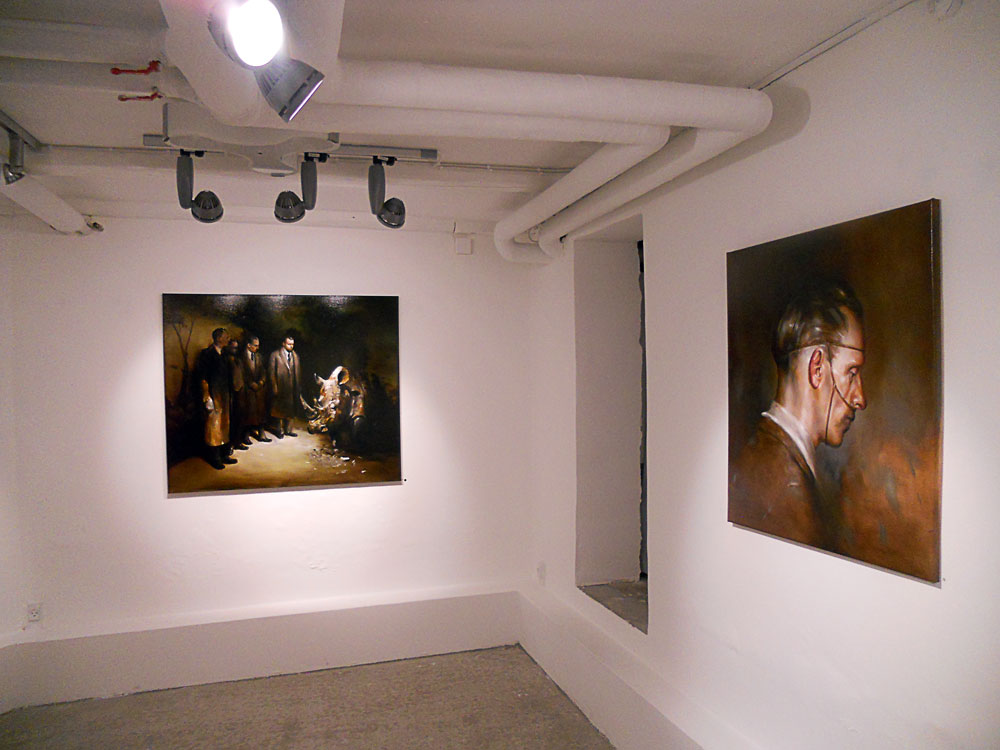 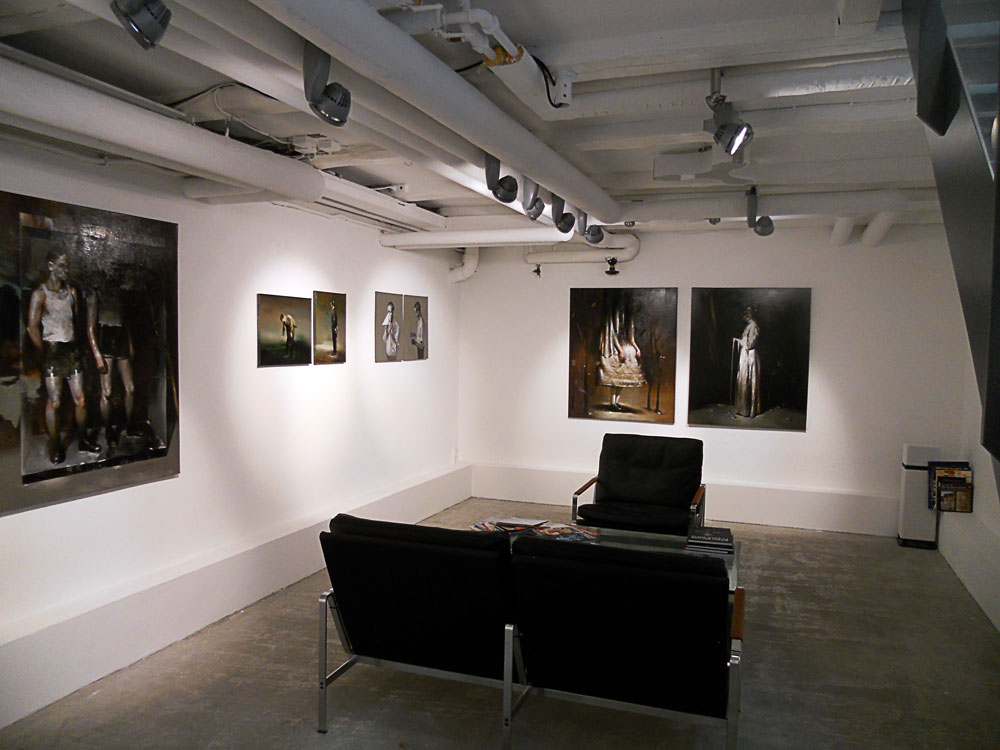 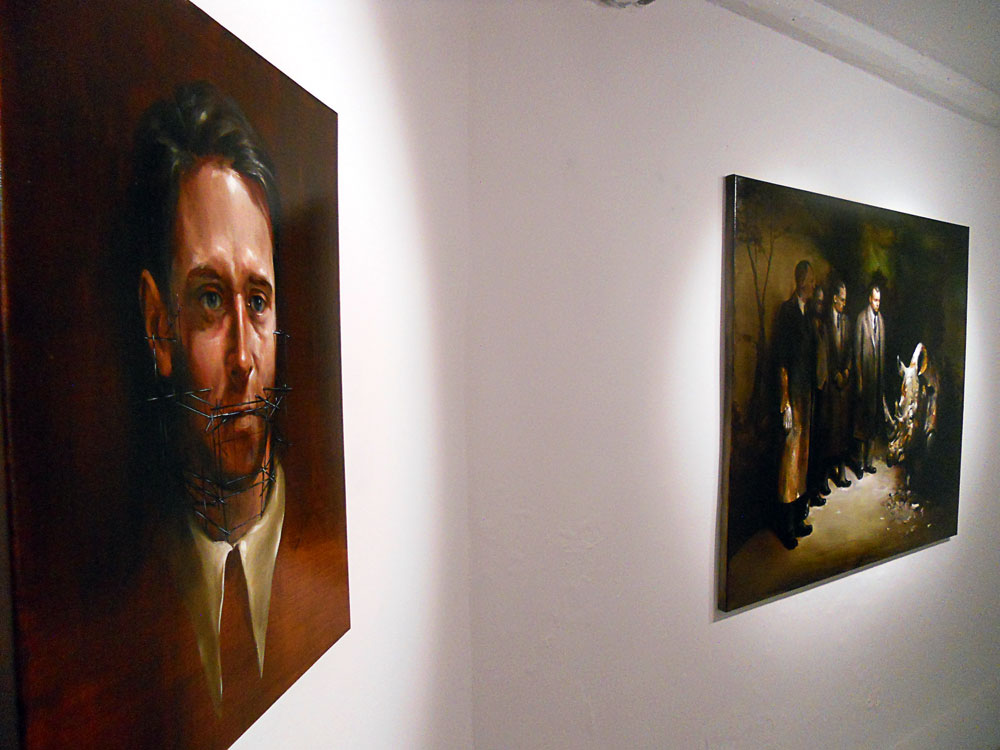 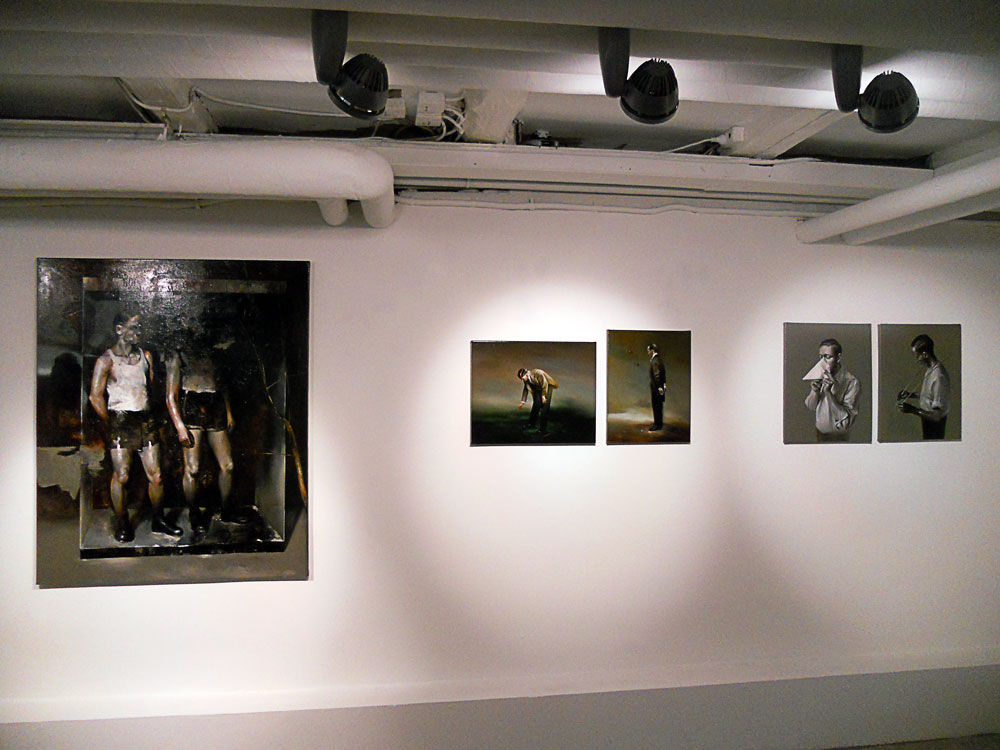 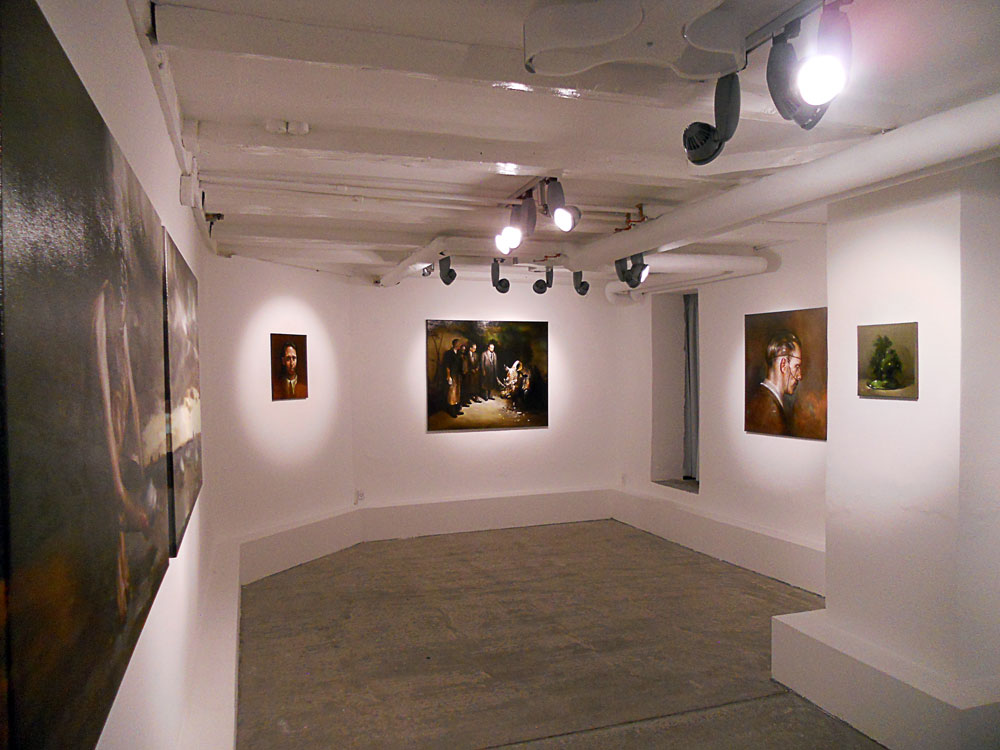 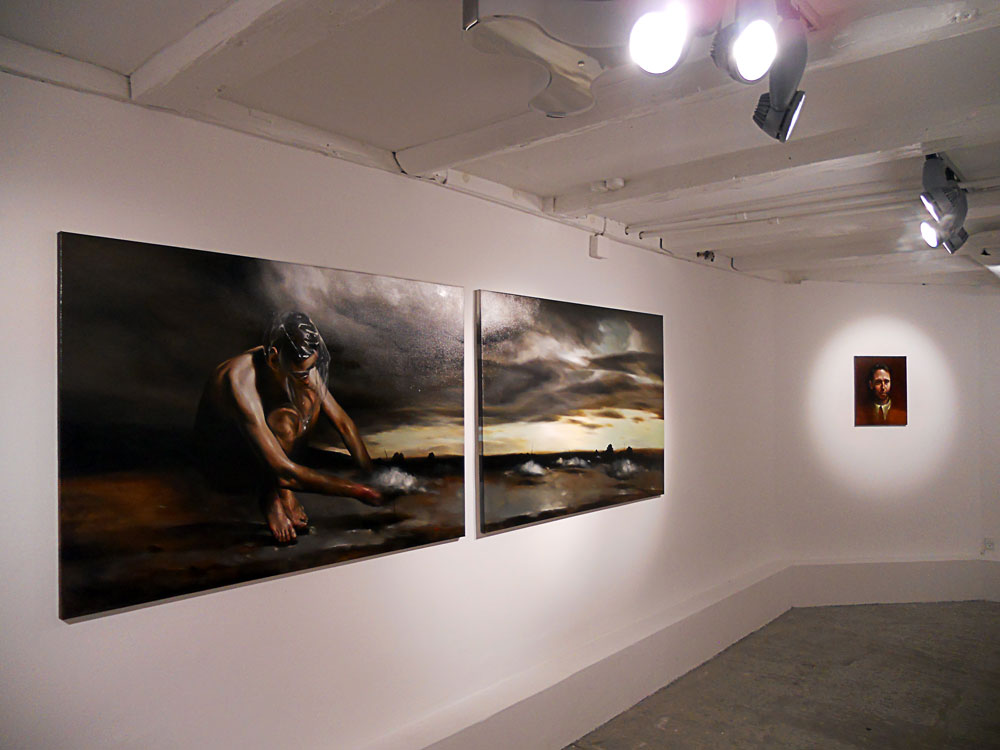 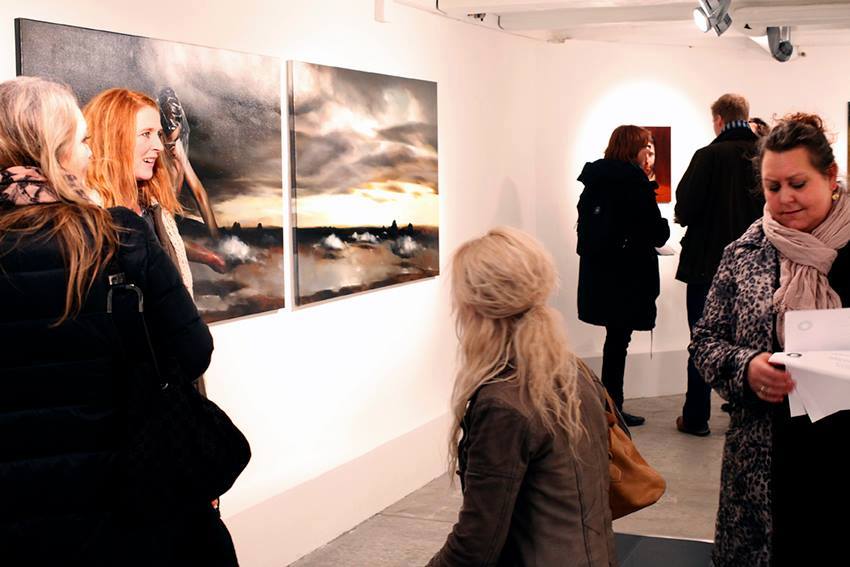 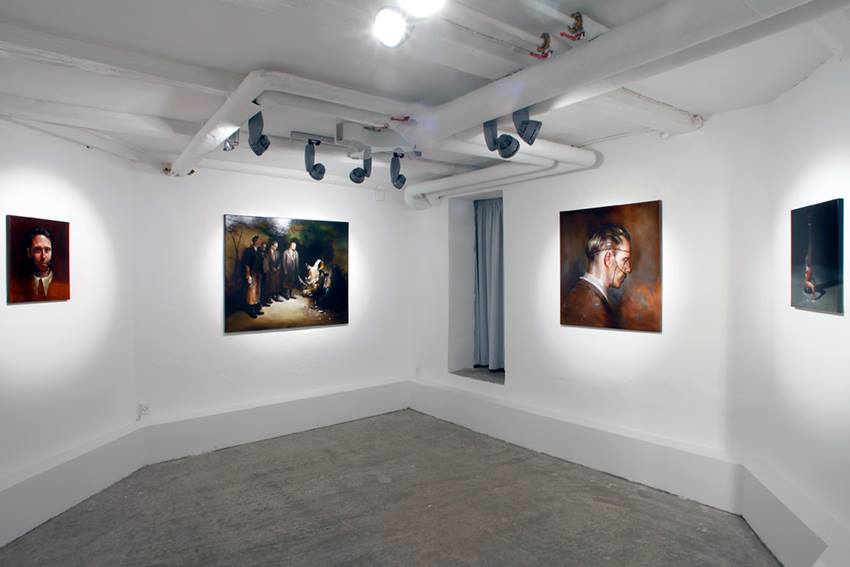 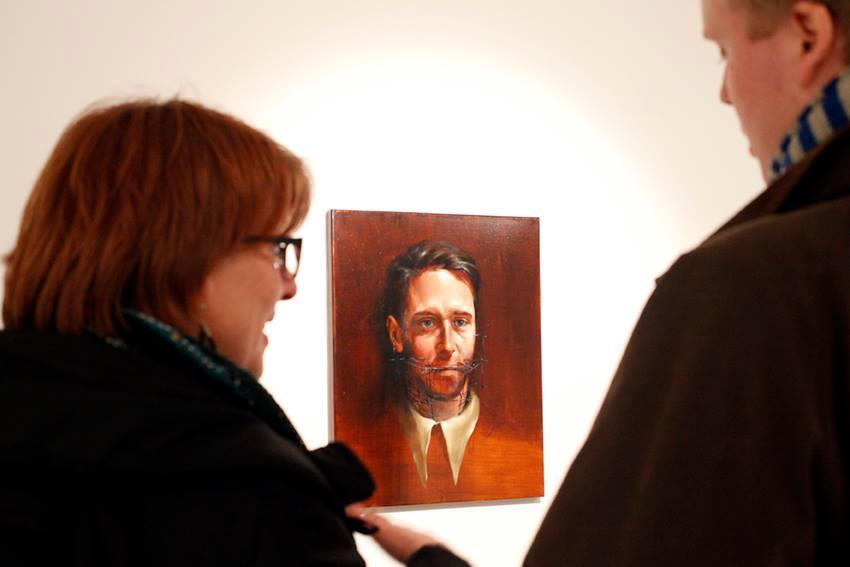 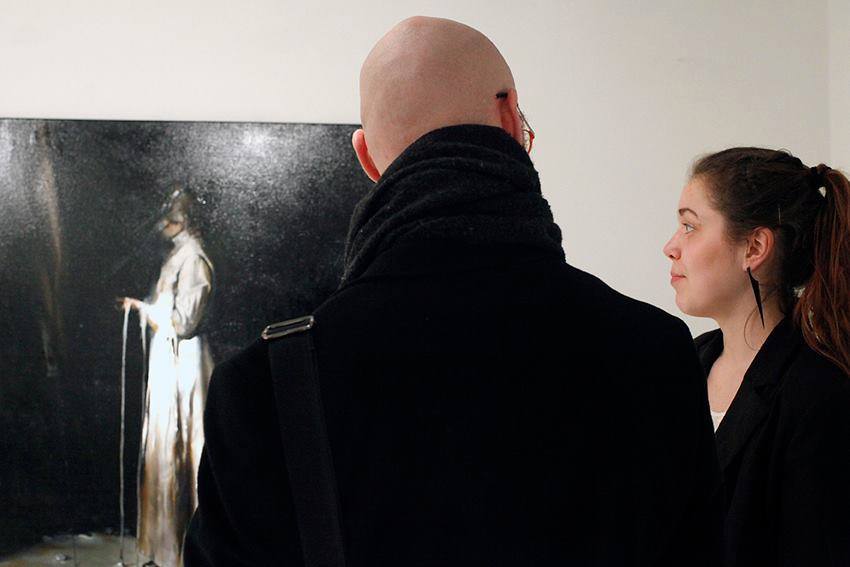 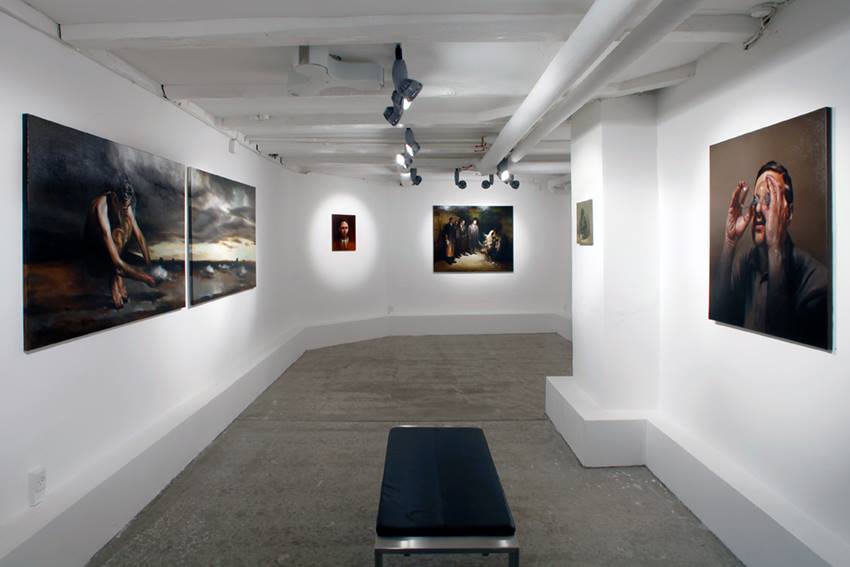 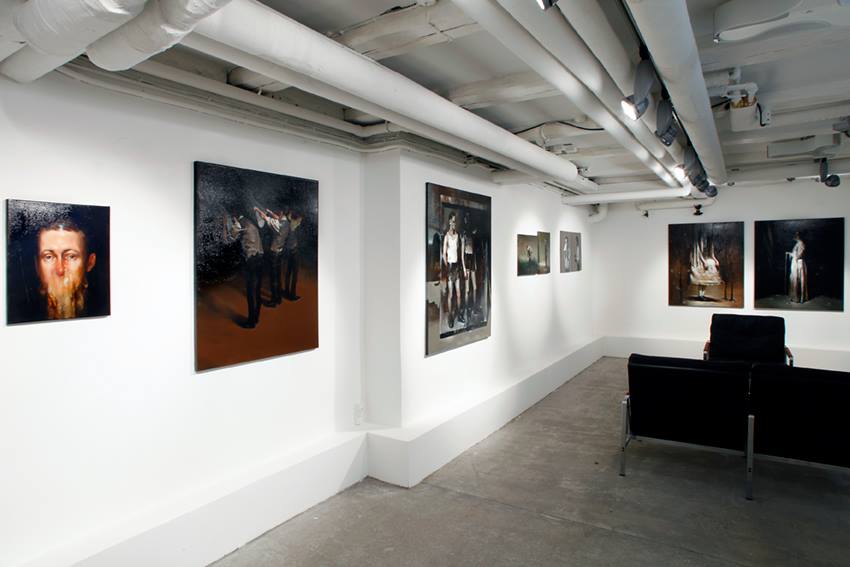 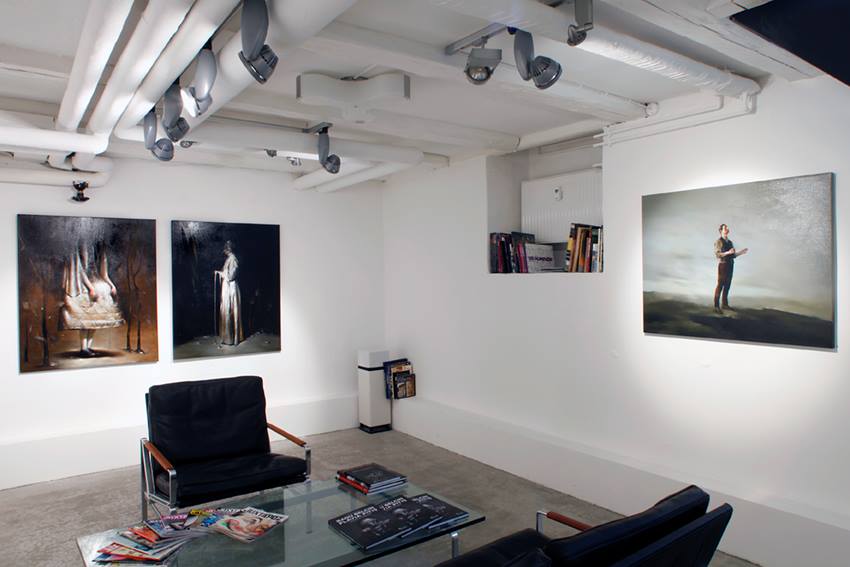 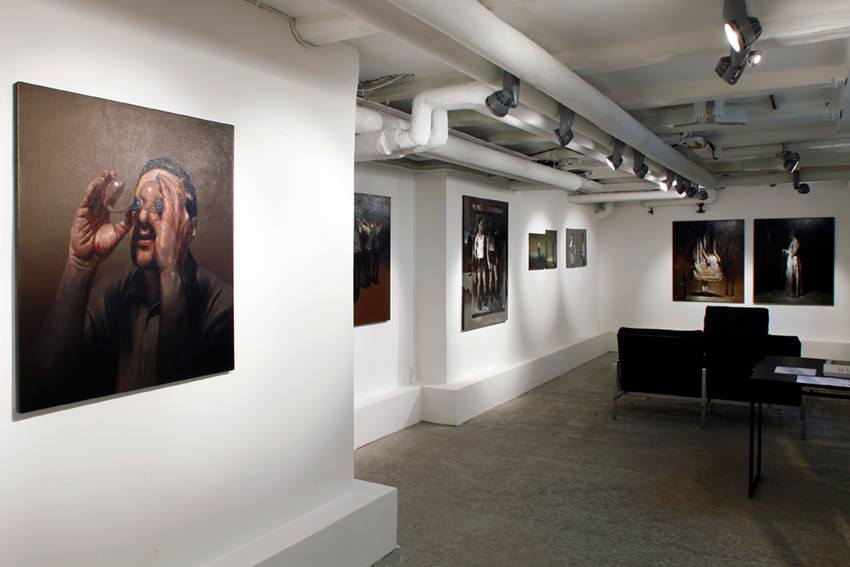 Unfulfilled hopes gather under this specific topic the most recent works of the Romanian artist Radu Belcin, along with a selection of his artworks from the last three years. Belcin’s artworks are internationally known for the dark surrealistic atmosphere which is questioning identity issues.

The latest body of works reveals of the deeper, hidden aspects of the common unconsciousness staged into complex compositions. Emerging from the experience of recent history and Post communism traumas, troubles and behaviour-clichés, Belcin’s art is also developing the new status of the painting in the contemporary world. The titles of the paintings are simultaneous fixing the trails of the interpretation, thus giving the viewer subjects of reflection. The human characters are depicting several identity issues (also the titles of Belcin’s paintings) such as ”Rising the ego”, ”Covered traces”, ”Hope maker”, ”Happiness is looming in the dark”.

Radu Belcin’s ”Unfulfilled hopes” is the first solo show of the artist in Denmark, after he was presented in Art Copenhagen 2013. 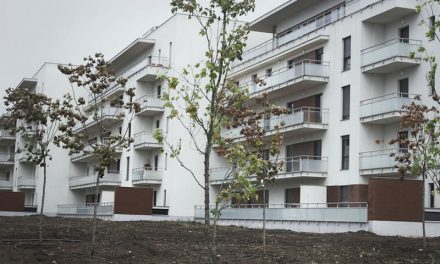