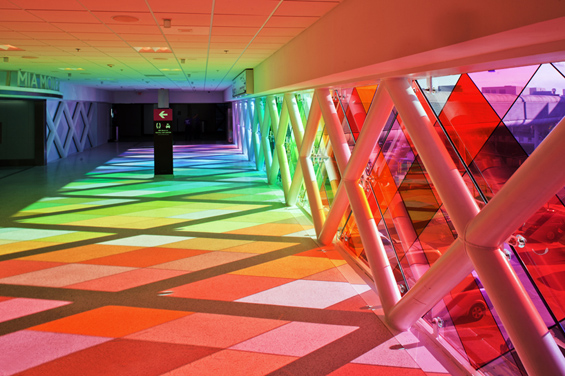 Located in a pedestrian walkway leading from the car rental buildings to the airport proper, Janney replaced the existing windows with a prismatic arrangement of colored glasses. Columns and design elements were also repainted white, to better catch the sun’s lights streaming through the colored glass. This was Janney’s second installation at the airport, succeeding his previous piece, Harmonic Runway.

Like most of his work, sound plays an important part of this installation as well. According to Jenny Filipetti at Designboom,“Speakers installed at regular intervals along the walkway create a continuously changing ‘sonic portrait’ of South Florida as they play the sounds of tropical birds, thunderstorms, and other environments native to the region. Video sensors at either end of the passageway track visitor movement, causing changes in the density and composition of the sound piece relative to the number of passengers in the space.” (via designboom) 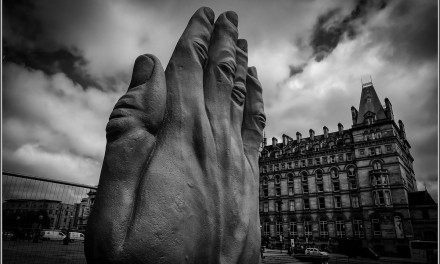 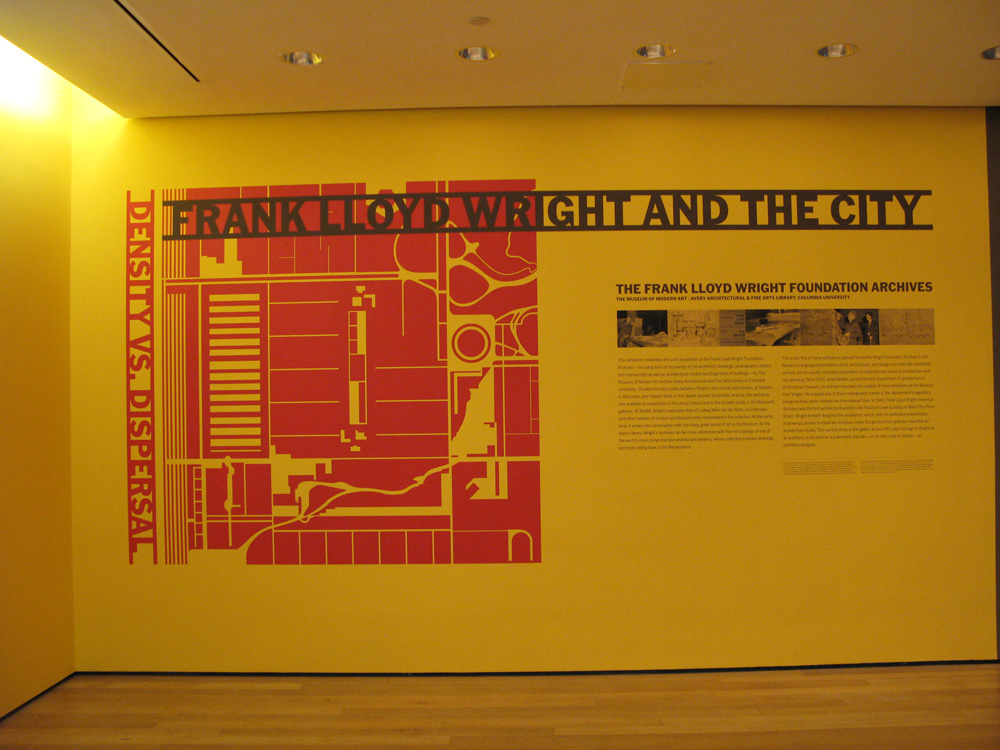