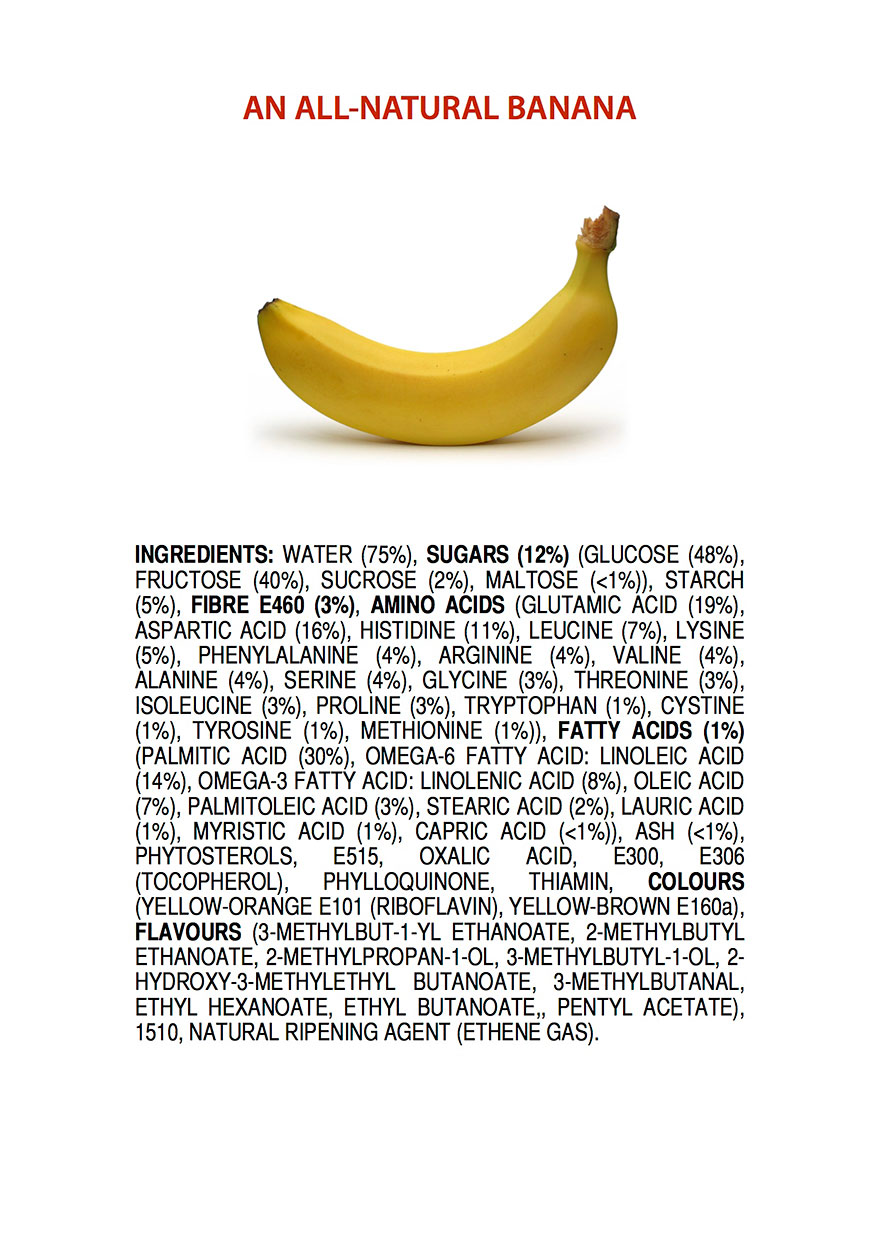 Australian chemistry teacher James Kennedy has created a tongue-in-cheek set of images that take a fresh perspective on the public discussion about fresh and organic foods vs. the genetically modified products and chemical pesticides being championed by companies like Monsanto. His posters take all-natural products and breaks them down by their chemical composition, or their “ingredients.”

When we read the ingredient labels on the processed foods that we eat (or choose not to eat), there’s usually a long and worrisome list of chemical ingredients that we can’t identify. However, Kennedy’s series of images points out that our fear of some of these chemicals might be misplaced. 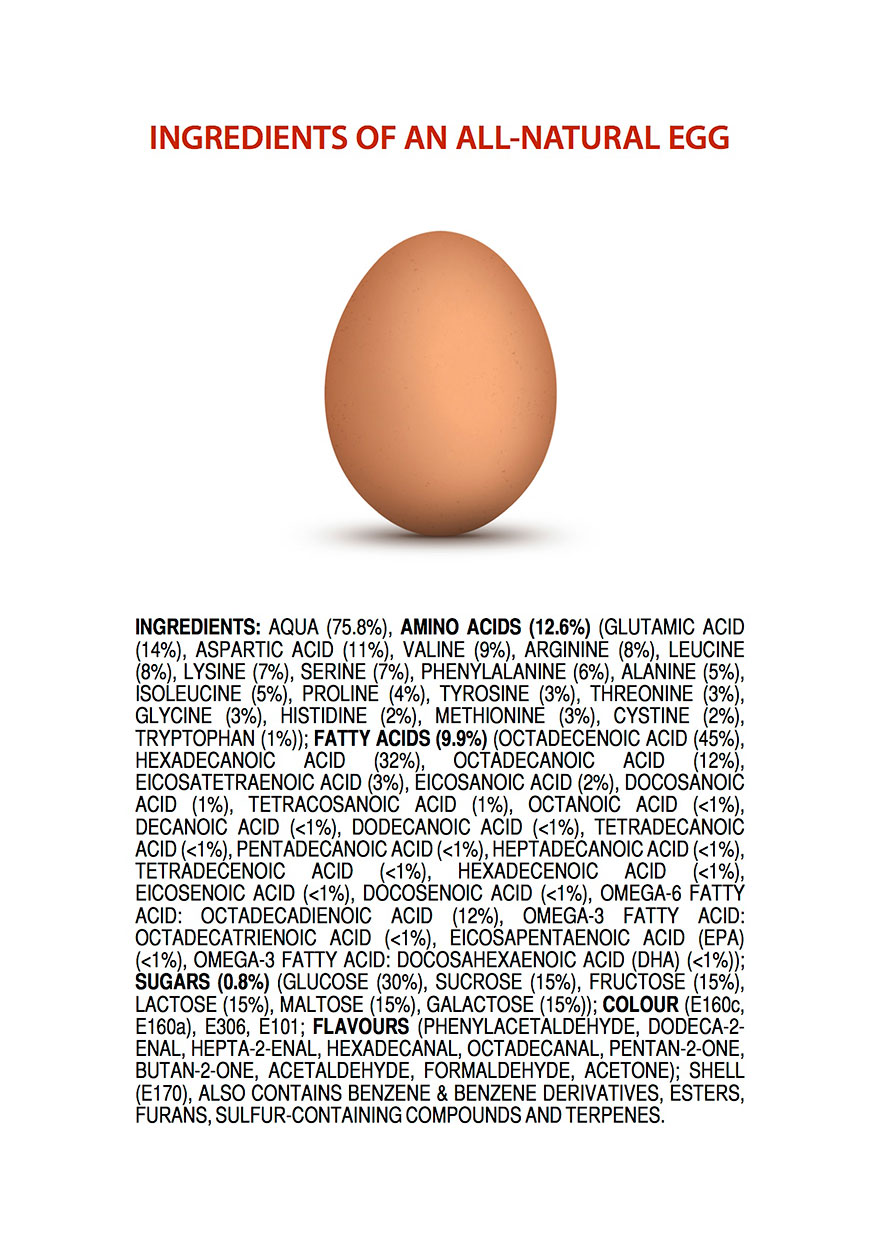 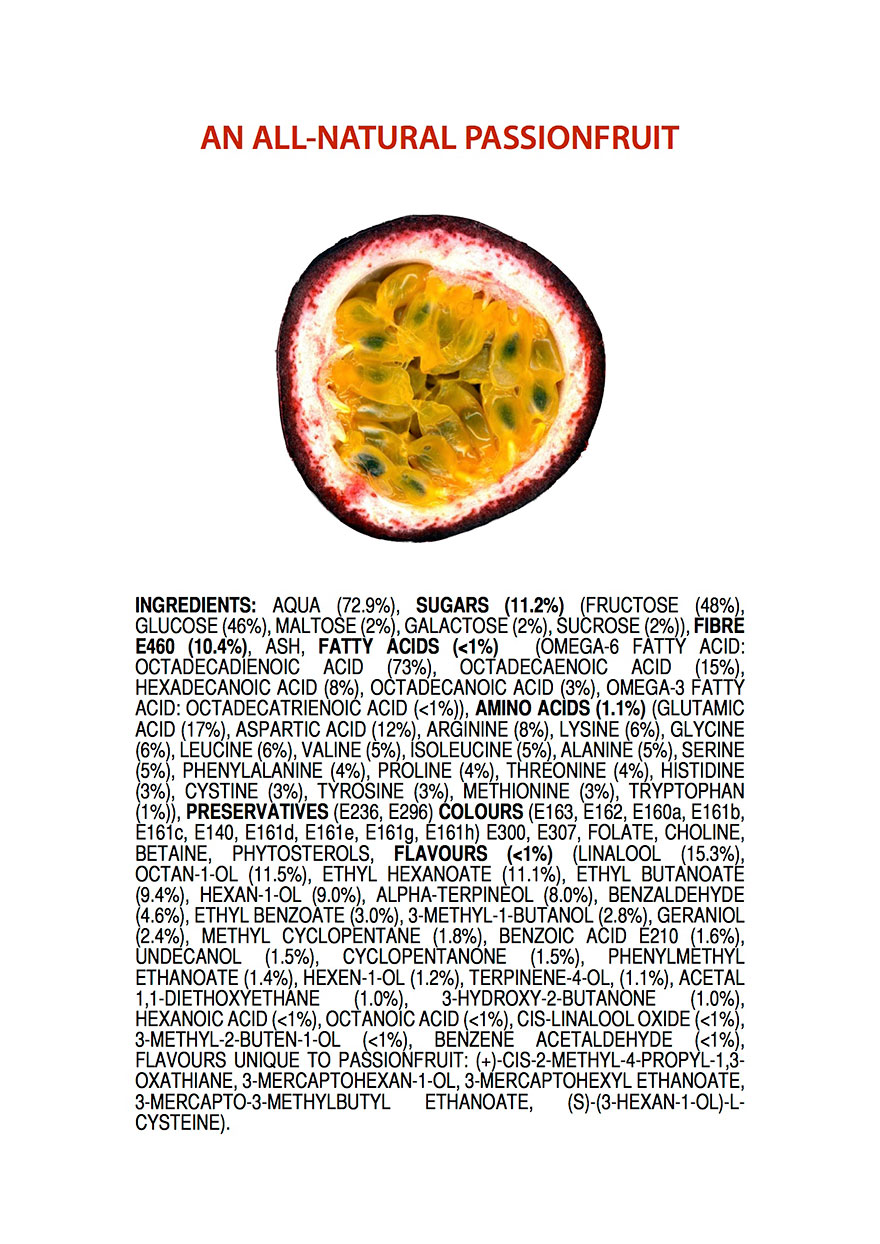 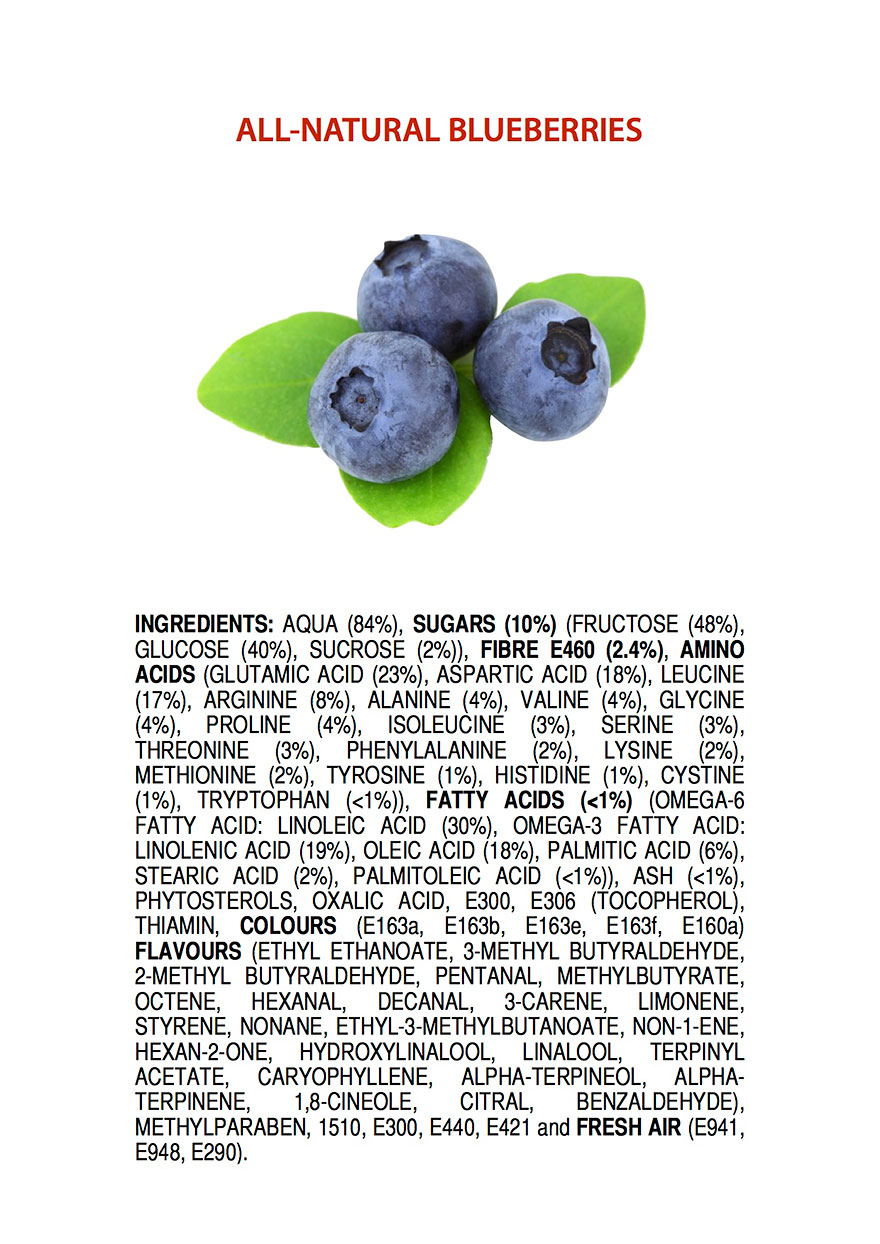 “I want to erode the fear that many people have of ‘chemicals’, and demonstrate that nature evolves compounds, mechanisms and structures far more complicated and unpredictable than anything we can produce in the lab,” writes Kennedy, who personally avoids buying any sort of food with monosodium glutamate (MSG) or high-fructose corn syrup.

“This poster series breaks down all the major ingredients in popular natural foods—using E-numbers and IUPAC [International Union of Pure and Applied Chemistry] names instead of common names where they exist. Anthocynanins, for example, which are said to give blueberries their ‘superfood’ status, are also known as E163,” he explained. 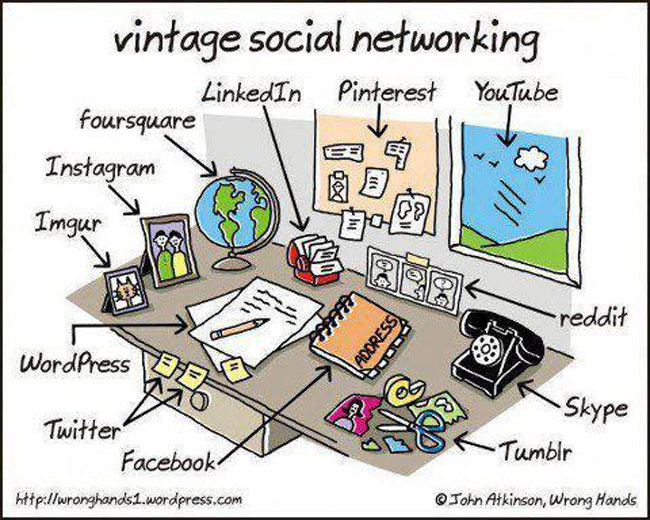 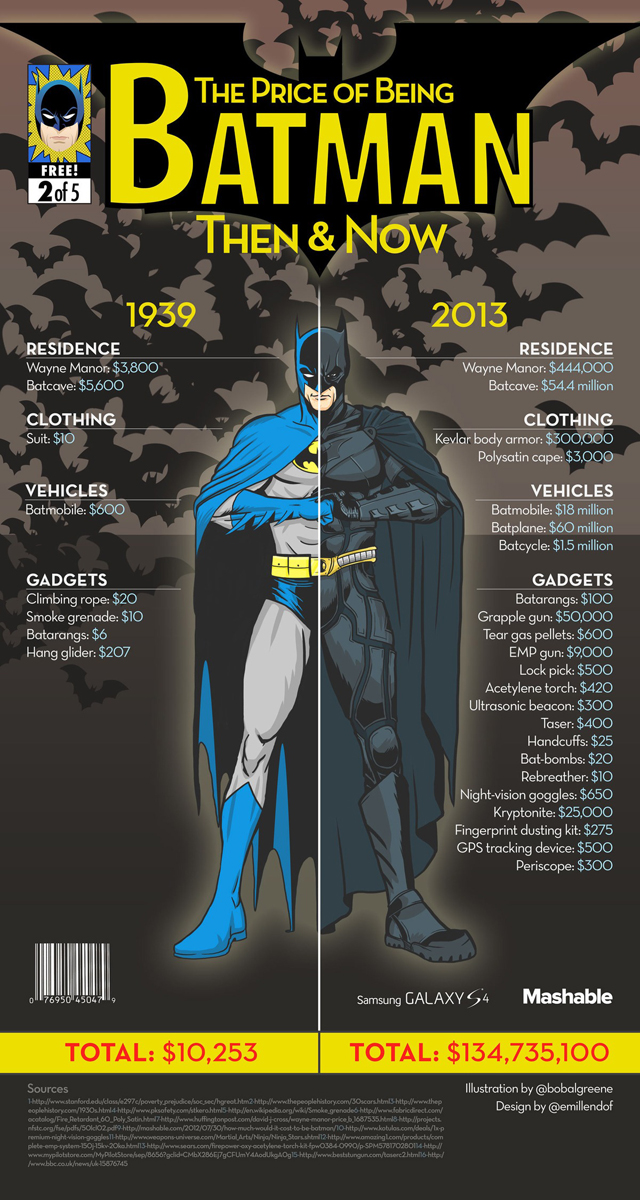 The Price of Being a Superhero in Real Life: Then & Now 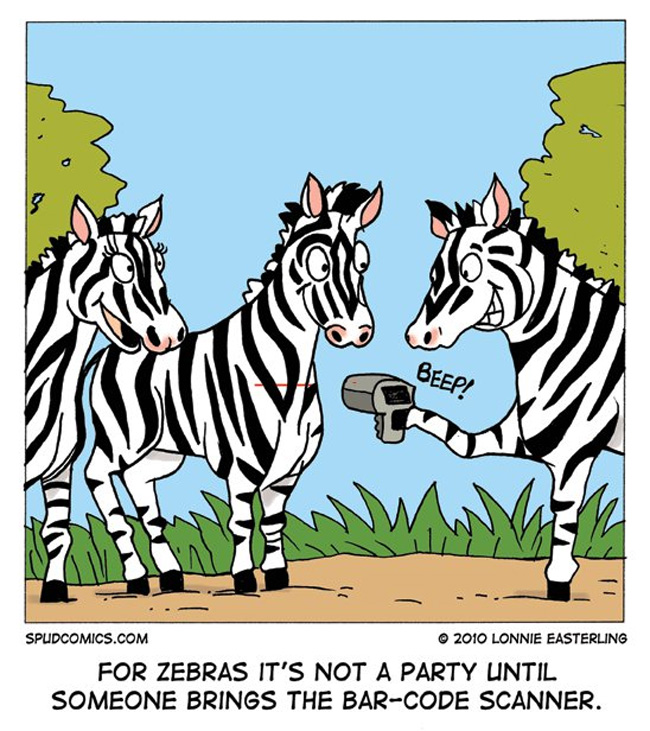