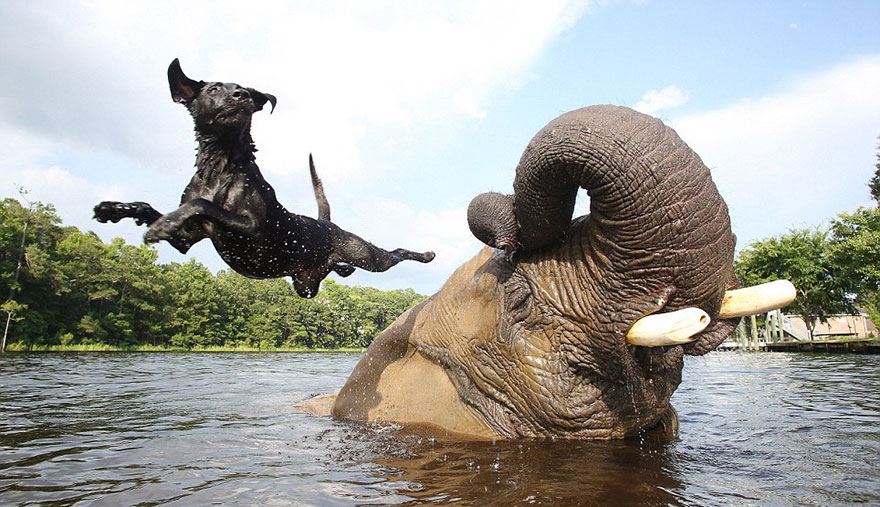 This is one of the most adorable animal friendships that we’ve seen in a long time. Bubbles the African elephant and Bella the black Labrador, both residents at the Myrtle Beach Safari in South Carolina, have become the best of friends, and can often be seen playing in the water together. Pictures have been published of them playing fetch in the water – Bubbles throws the ball with her trunk while Bella jumps off of Bella’s head or back and swims to retrieve the ball.

Bubbles was rescued in Africa after her parents were both found killed by poachers during a 20-year slaughter of elephants in Africa for their ivory. She was one of few elephants adopted – the rest were released or killed because facilities for them could not be found. When Bubbles first arrived, she weighed only 340 lbs and stood 42 inches tall. Now, she is over 9 ft tall and weighs about 4 tons. Bella was left at the park by the contractor who built bubbles her swimming pool.

Luckily, they’ve found each other! What other heartwarming animal friendships have you heard of? 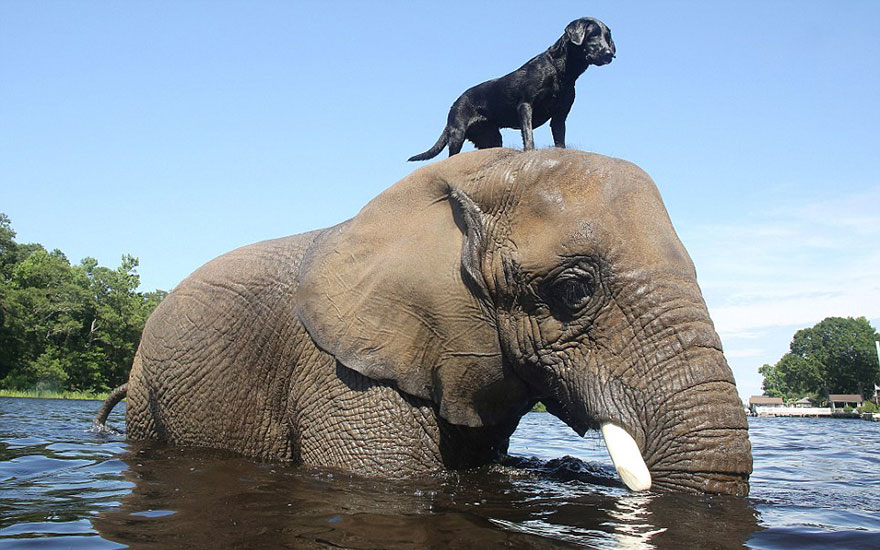 Bubbles the African elephant and Bella the black Labrador often play in the water together at Myrtle Beach Safari in South Carolina.

“Bubbles was rescued in Africa after her parents were both killed by poachers. As Bubbles grew over the years, from 300-9000 pounds, so too did her love for swimming.” 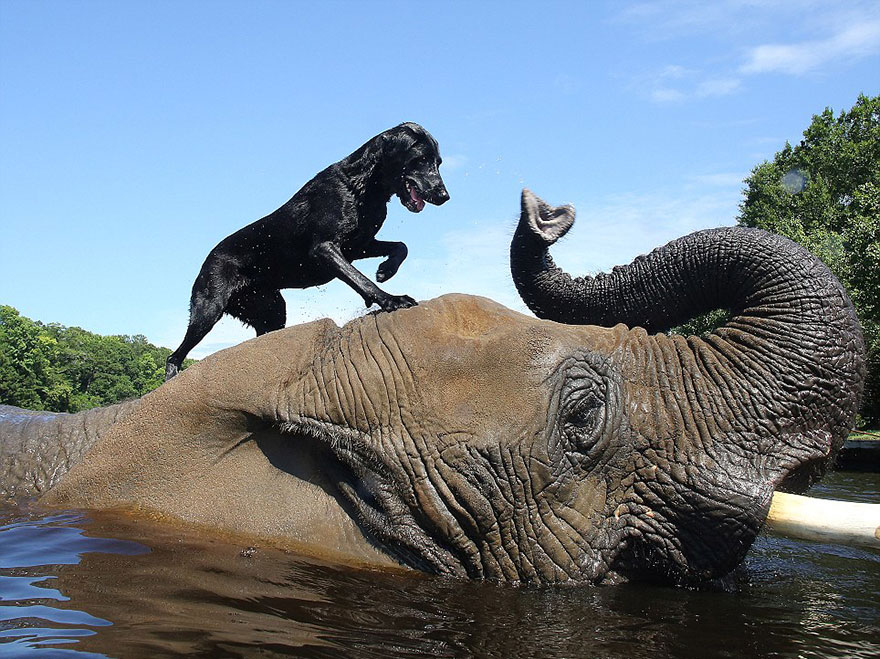 “In 2007, a contractor hired to build Bubbles a swimming pool, abandoned Bella as a puppy at The Preserve. The pool and eventually the river presented these two the opportunity to interact in a way that developed a deep and lasting friendship.” 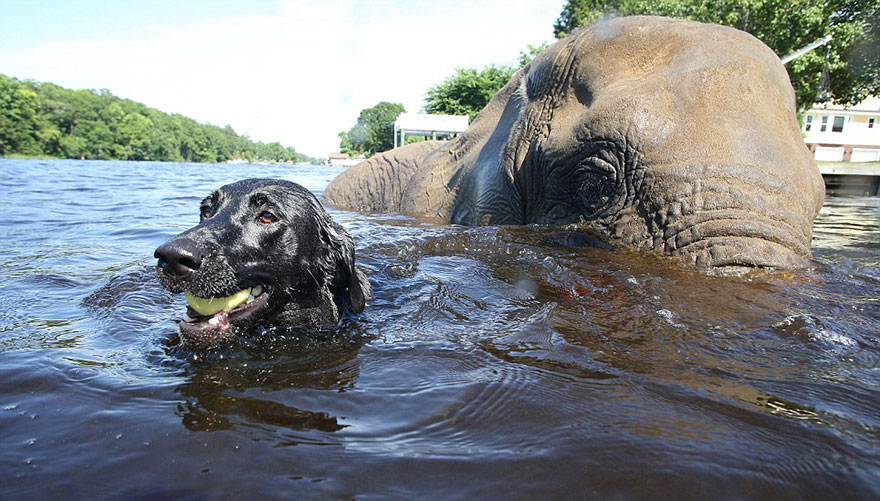 Now Bubbles loves to play with Bella, teasing her and then throwing a tennis ball for her to fetch. 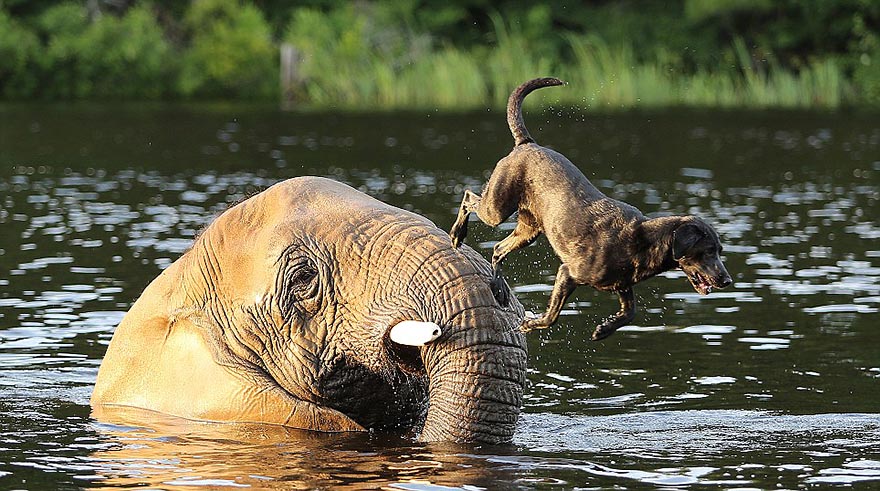 “Bubbles’ family was killed in 1981 by ivory poachers. She was one of the fortunate few that survived the slaughter. Today tens of thousands of elephants are still being illegally poached for their ivory.” 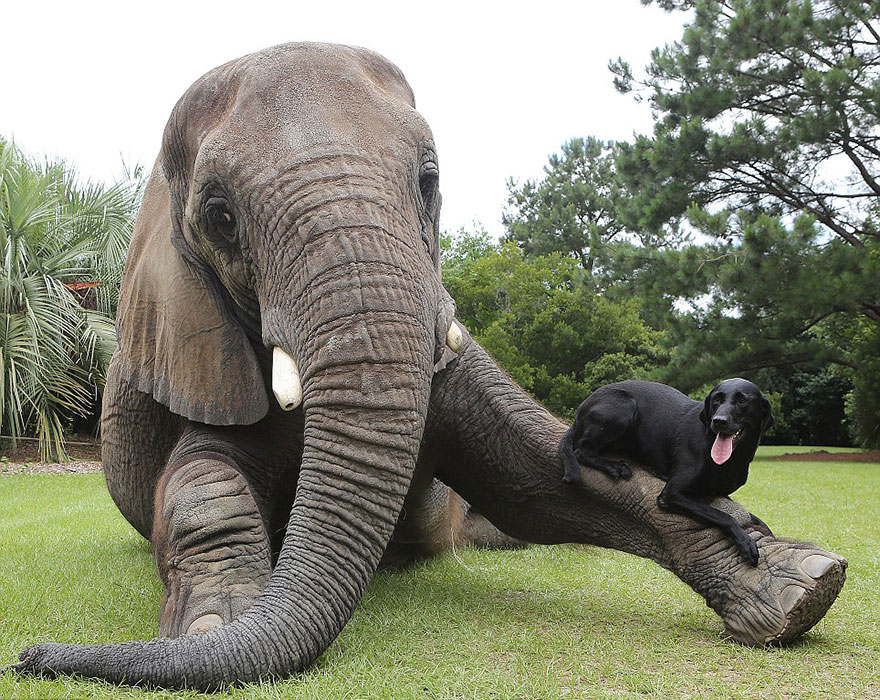 “Today they are almost inseparable.” 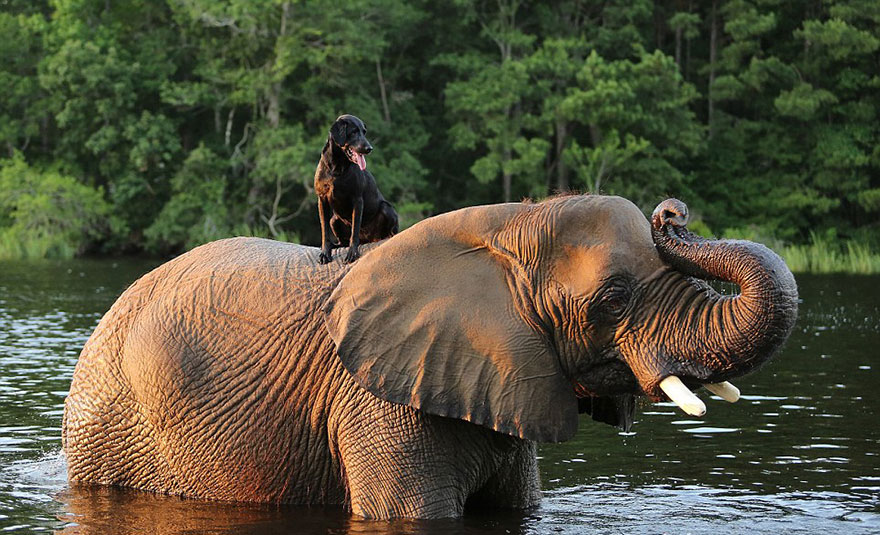 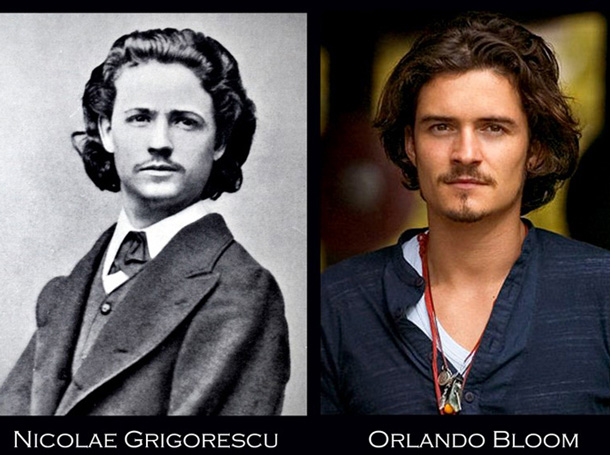 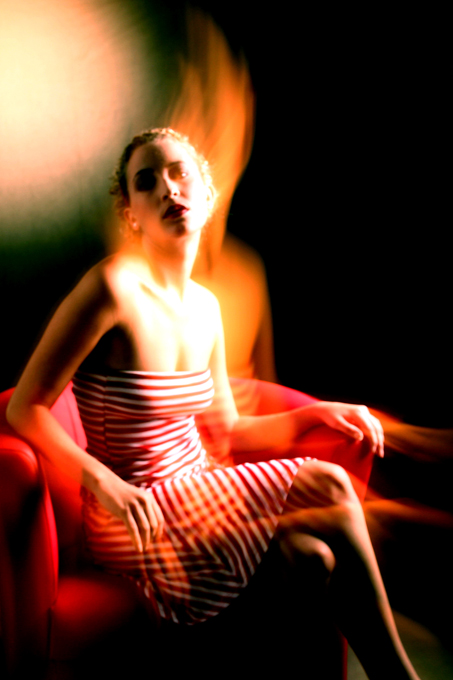 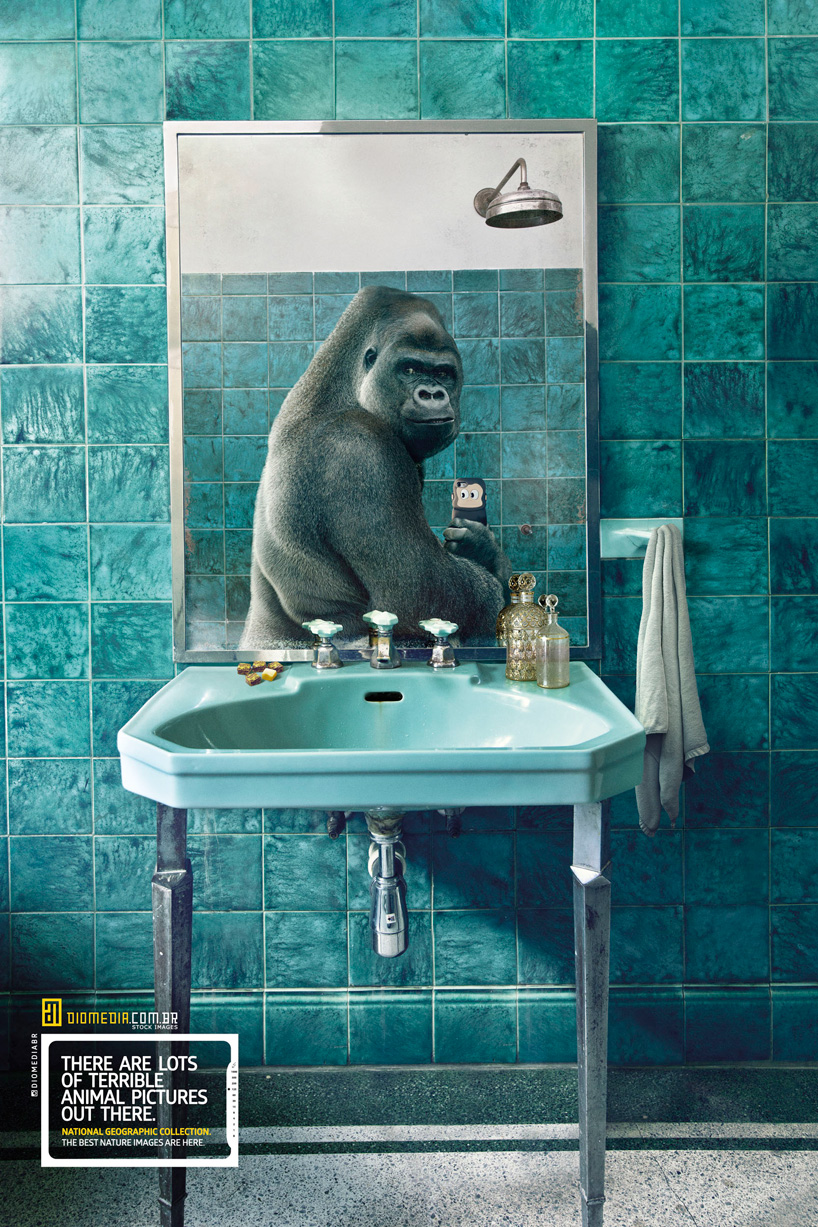