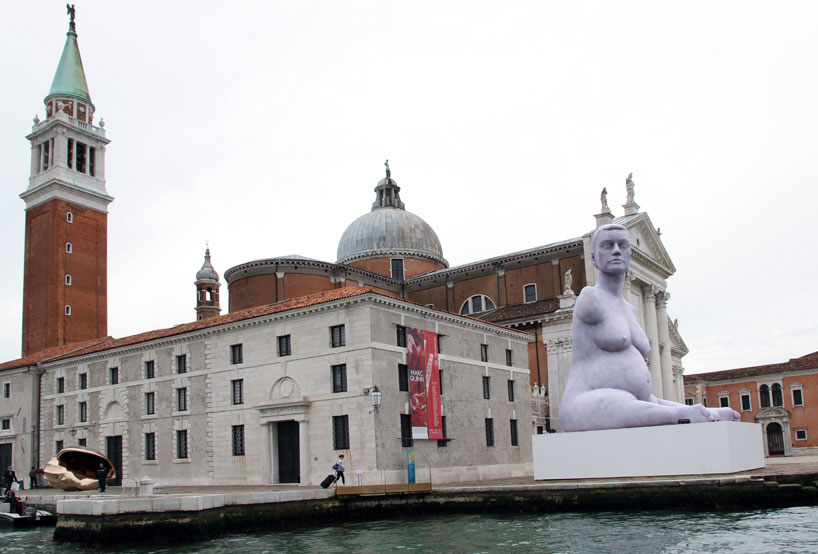 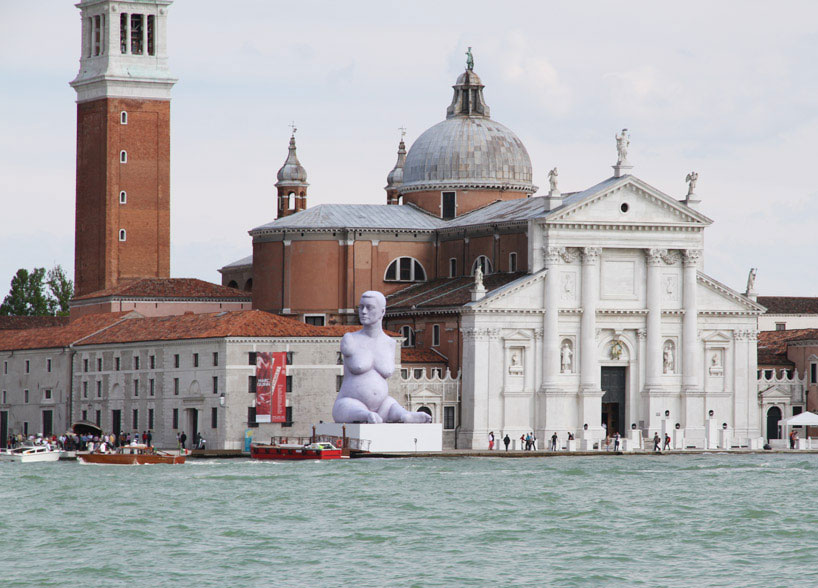 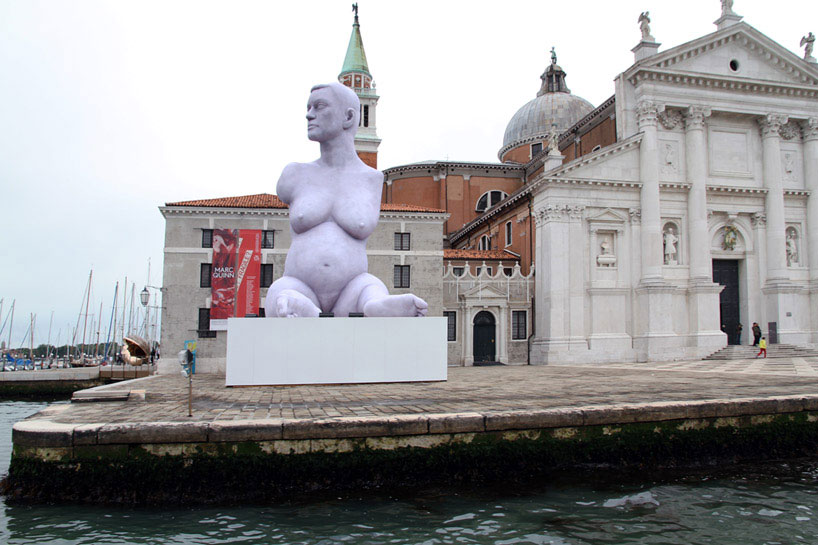 Fondazione Giorgio Cini presents a solo exhibition of Marc Quinn on the island of San Giorgio Maggiore during the 2013 Venice Art Biennale,  showcasing more than 50 of his works (with the debut of at least 15 new pieces). The british artist explores issues which deal with the relation between art and science and the human body as a survival mechanism, life and its preservation, beauty and death, and his 11 metre tall sculpture ‘breath’ depicting a naked alison lapper at 8 months pregnant, an artist born with phocolemic is causing a bit of controversy amongst members of the catholic church for its placement in the piazza, outside the church of San Giorgio Maggiore. Venice’s patriarchate Don Gianmatteo Caputo is not happy about its installation.

Its location separates it from the rest of Quinn’s exposition which is being shown on the island, and caputo has stated that the international art exhibition seems to take advantage of its stage, selecting more provocative works to be placed within close proximity of houses of worship on the occasion of the biennale. However, Quinn’s intentions for the work, which is an inflatable replica of his original 2005 carrara marble version of lapper, is meant to express alternate values of beauty and present ‘a new model of female herosim’. 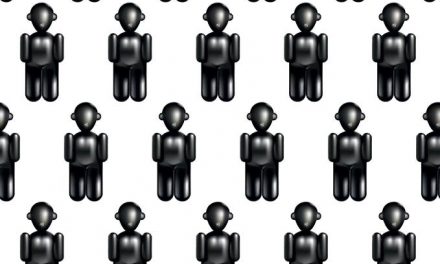