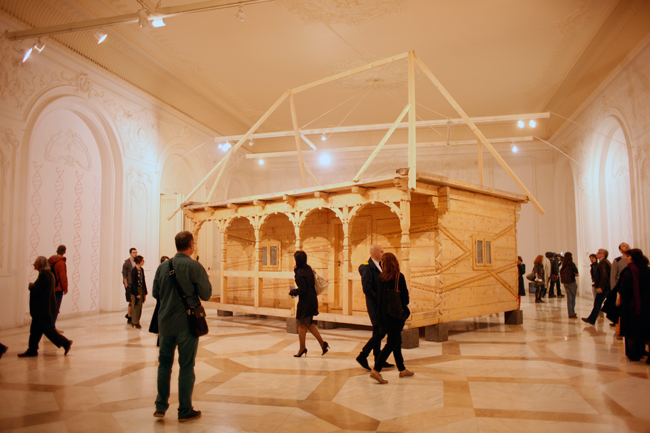 MNAC / The National Museum of Contemporary Art, Bucharest proudly presents Mircea Cantor: Q.E.D., the first solo exhibition in Romania of one of the most important young artists to emerge on the international art scene over the last decade. Q.E.D. is the largest survey of Mircea Cantor’s practice to date, comprising 30 titles: photographs, videos, drawings and sculptures, from his 1999 The Origin of the World (After Courbet), a work that motivated Cantor’s expatriation to France, to the recent Sic Transit Gloria Mundi (2012), and to Business Class Worried (2013), especially created for this exhibition.

Working with symbols in a symbolic building is the challenge on which this exhibition is triggered. Exhibition areas that retain elements of the original decoration, and testify of the traumatic past of the building where the Museum is located, will host large-scale, catalytic works by Cantor: a gigantic wall drawing in dynamite wire, whose ignition will be performed at the opening, or a life-size wooden sculpture representing a traditional house with a scaffold roof from the Maramures county in Northern Romania.

The latter work, Threshold Resigned, oscillates poetically between the local and the universal, in tandem with interventions such as the DNA Kiss, overlooked by the ceiling work Ciel variable. Cantor orchestrates a complex discussion of displacement, fragility, certainty and anxiety, critically echoing the history of the building—the House of People, for whose construction in the 1980s countless anonymous craftsmen, artisans and artists were employed to shape the monument of absolute Power.

Sic Transit Gloria Mundi folds into one a Vanitas-like image and a reflection on economic disparity. The film is installed in dialogue with Holy Flowers (black-and-white photographs of Israeli machine guns, kaleidoscopically mirrored), and Fishing Fly (an airplane fashioned from recycled oil barrels, fitted with a golden hook). Cantor’s acclaimed Deeparture and Wind Orchestra share the preoccupation with how violence can be metaphorically implied and politically instituted with the anxiety and sublimation of violence.

The installation of the exhibition is geared to provoke (self-)reflection. Quod Erat Demonstrandum: Cantor’s auto-ironic title counterbalances the artist’s ambition to create unique, universal pieces, to operate artistically within the domain of irrefutable statements. Works such as Unpredictable Future, All the Directions or Ciel variable reproduce this irresolution between a transitive approach and the uncertainties of interpretation that arise when artistic statements meet their viewers. 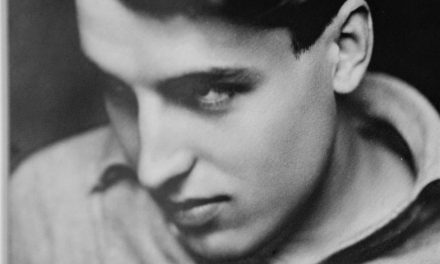