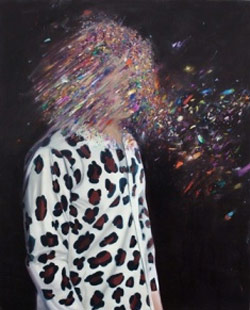 The immediacy of Oana Farcas’s work is identifiable in its pictorial matter. Her paintings are constantly qualifying her pictorial research, altering it, re-inventing it over again and in dissimilar keys. She relates monochromes with memory and dreams, or juxtaposes colours and photographic effects within everyday narratives. She stages an uncanny reality for the viewer, composed of pieces of realistic representational content and fictional elements.

It is at this threshold between alchemy and mimesis that Farcas’s last series of works is negotiated. Characterized by an elevated degree of magic, the central theme of this series is light. She uses light as an instrument of ritual that dazzles the viewer with reflections in the actual play of light, reinforcing the significance of artworks as visual vehicles charged with communicational energy. She casts light into the frantic speed of exchanges between humans, among each other and with their environment.

Farcas’s formal intention is to state the effect of the presence of light. In this series of paintings, light is embodied in brilliant objects and glittering elements, like confetti, strass, shiny surfaces and paillettes, which represent various degrees of luminous textural density. In Midnight Revelation, for instance, by portraying the profile of a human figure against a dark background, the light is materialized from the reflections of thousands of particles of coloured confetti located in the area of the figure’s head. The retina of the viewer is over stimulated by impulses of colour contrast applied in small strokes of paint on the canvas into a fusion of figurative and abstract elements. Here as in other paintings the realism of representation is accompanied by the abstract stains forming the confetti shapes. These elements are grouped in a pattern similar to the one of a group of insects and the areas between them become charged as each element works to maintain its distinctiveness. The artist transposes the head into a cloud of coloured light, leaving the portrayed faceless. The presence of the light, here as in other paintings, has a clear materiality and is much more present than the actual bodies, subjugating their identities. Physically all of these luminous elements that emerge in Midnight Revelation have something similar to a social existence in time and space. They gather in groups, standing apart from other elements in the paintings and they occupy specific territories.

In actuality Farcas proposes a community of light features while staging an act of disappearing of the identity of the human figure. Drawing on Guy Debord’s school of thought, the disappearing of the identity in the benefit of its radiantly appealing appearance, is a metaphor for a human society as a spectacle. In a society as such, the authentic social relationships between people have been replaced and mediated by images and other forms of representation. Debord argues that “all that once was directly lived has become mere representation”. Following this line of thought, Farcas’s paintings signal Debord’s idea of the world as a stage, in which people alienated by the spectacle of images and other representations are isolated from one another and therefore sentenced to an existence of absolute passivity. What makes you be in the light confines you out of sight.

Farcas’ artistic process consists of re-appropriating images and photographs found on the web or retrieved from some friend. Sourced from different contexts, such as fashion, or diverse cultural experiences such as literature, film, ritual or music, the artist is interested in the perceivable pertinence of each of them. Farcas translates these images in painting, transforming and reconfiguring them. The artistic process shows a preoccupation with the human being as a living database of images. Once the images are perceived, they become part of the perceiver while they continue to grow and transform.
Farcas’s painting style carries distant echoes of older artists. She juxtaposes transparent layers of colour against a neutral dark background. Her brushstroke becomes less gestural, less significant as far as authorship is concerned and more psychotic. The overall effect is a flat surface of the painting. Certain passages in her paintings resonates with aspects in Italian old master painting such as Caravaggio’s dazzling light explosions, collapsing spaces, competing light sources, feverish brushstrokes and cascades of colours and sparkles. Farcas’s style also shows a meticulous appreciation of Post-impressionist artists associated with Divisionism or Chromoluminarism, signalling their colour contrast theories.   (Text by Adina Drincean).

Oana Farcas is a Cluj based artist. After couple of years travelling around the world and living  in different countries  like USA, France or Germany, she returned to her place of birth, joining the art comunity of Cluj at the Paintbrush Factory. Oana farcas is a figurative painter . Painting is for her a diary of daily questions and ideas, a testing ground and a metaphorical mirror of the world. The artistic process shows a preoccupation with the human being as a living database of images. Once the images are perceived, they become part of the perceiver while they continue to grow and transform. Farcas’ paintings certainly have a dream-like quality about them. But in a midst the soft, misty environs she creates, there is a tangible.

Adina Drinceanu is an independent curator, based in London and Rome; her concern is within the broader field of curating, to investigate the interstice that exists between art practice, curation, writing and education. Currently she is working for the implementation of a curatorial project in Venice during the Venice Biennial. 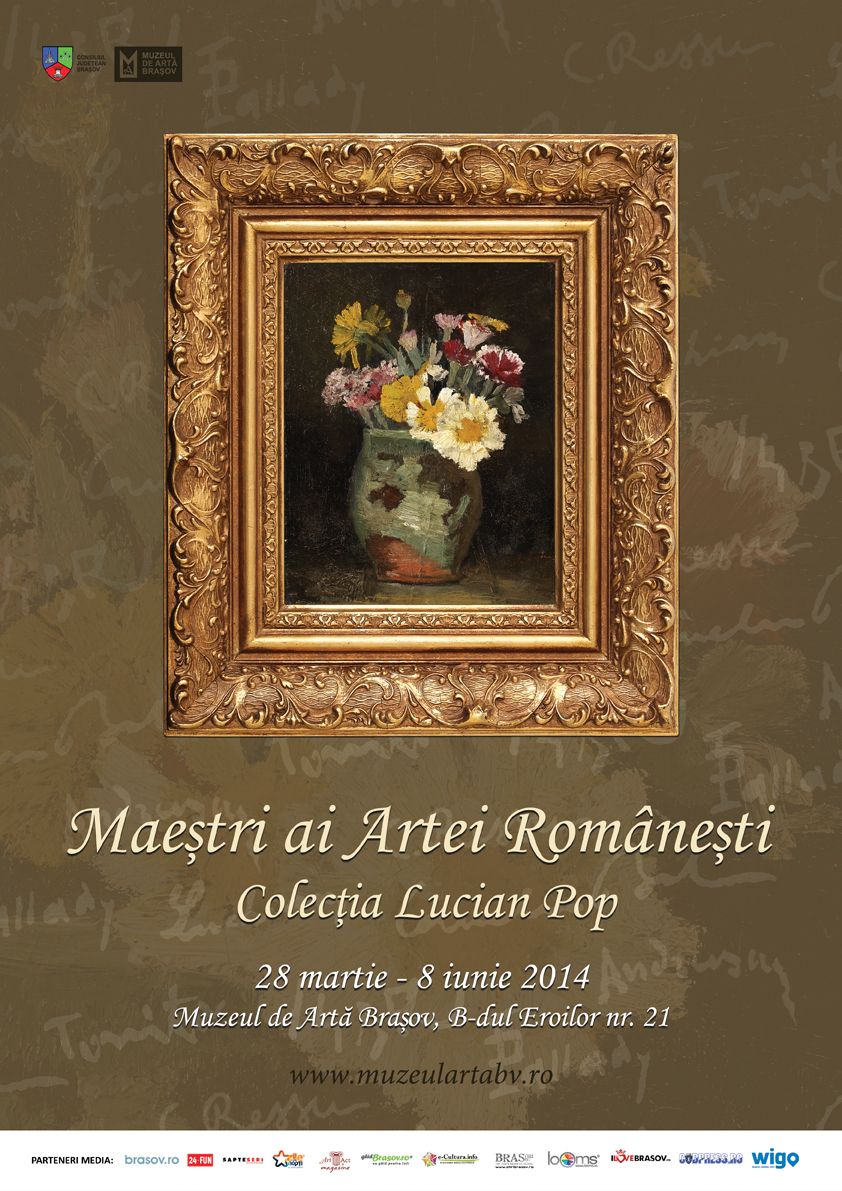 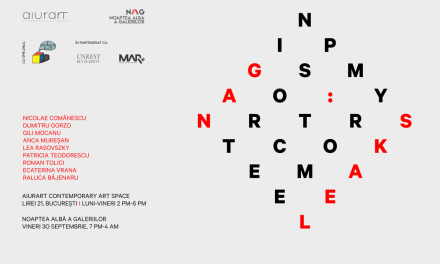 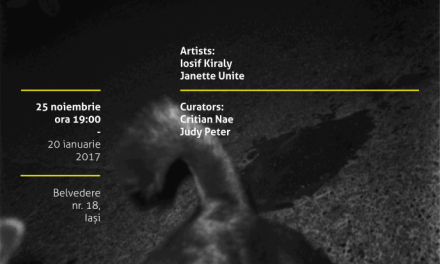