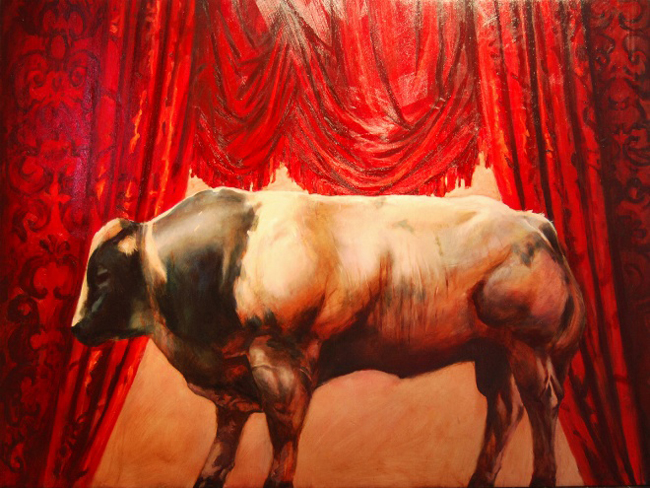 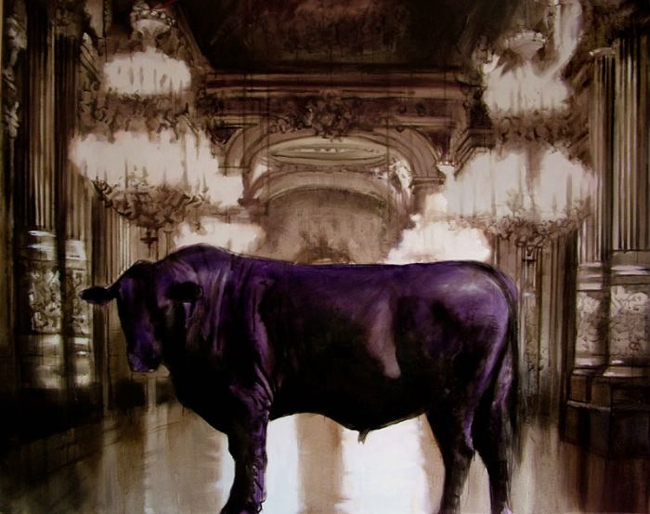 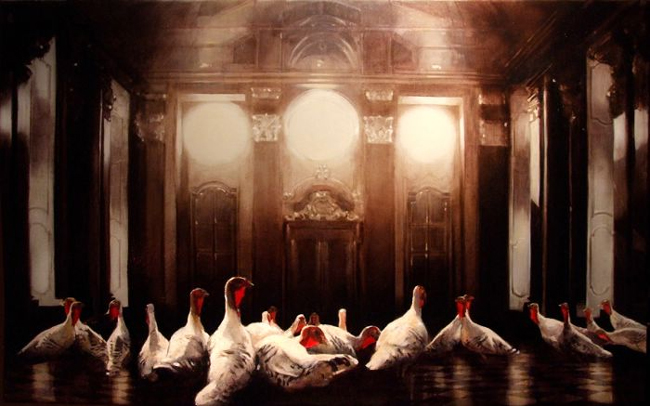 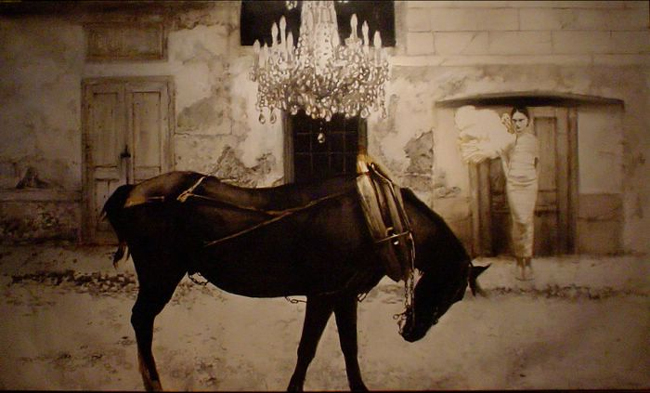 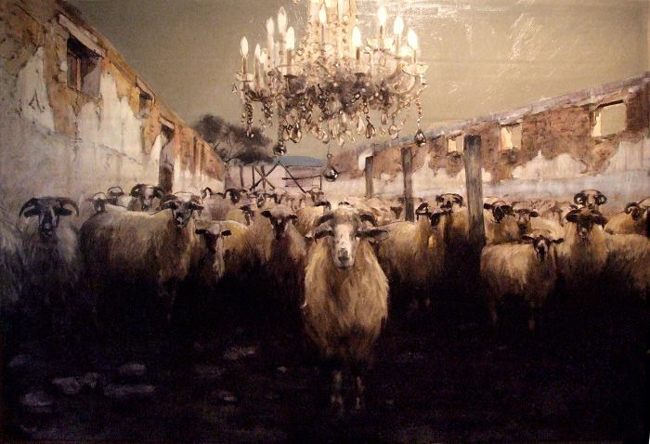 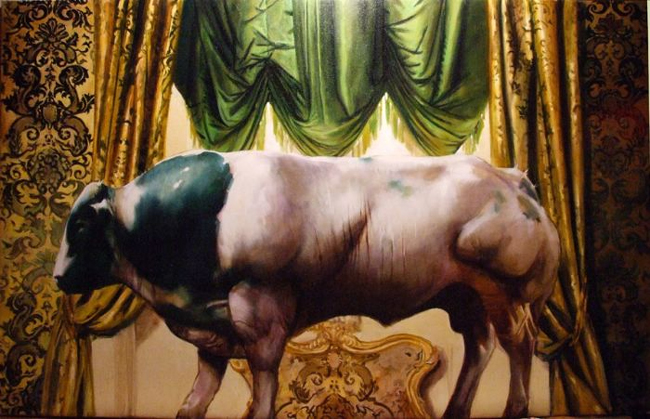 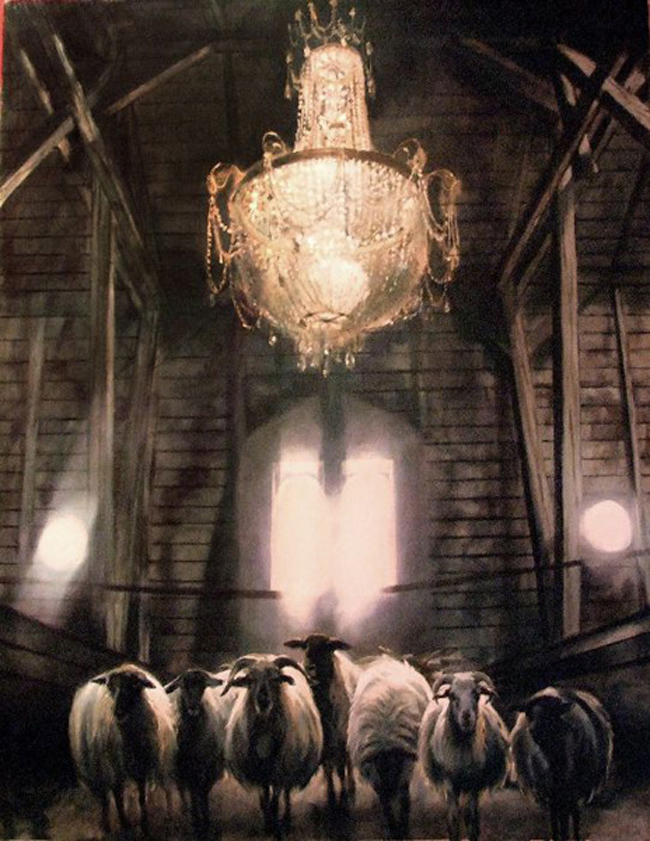 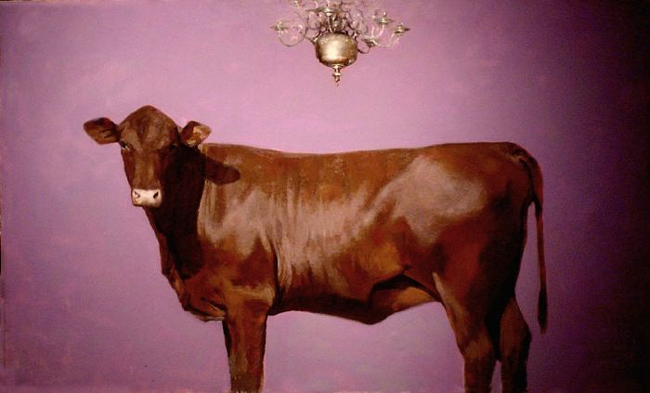 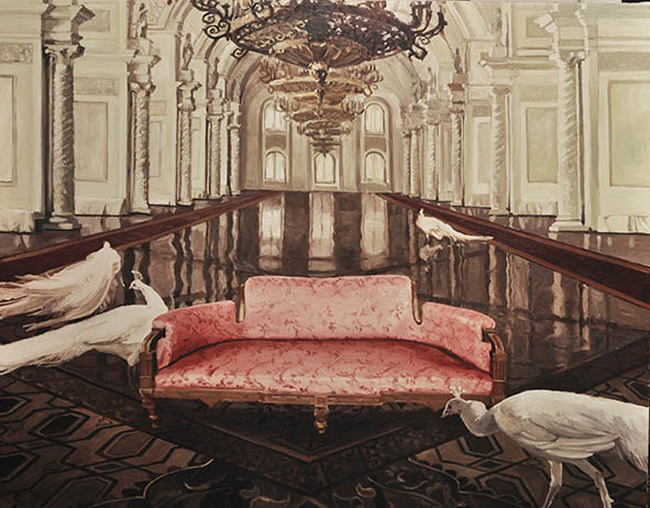 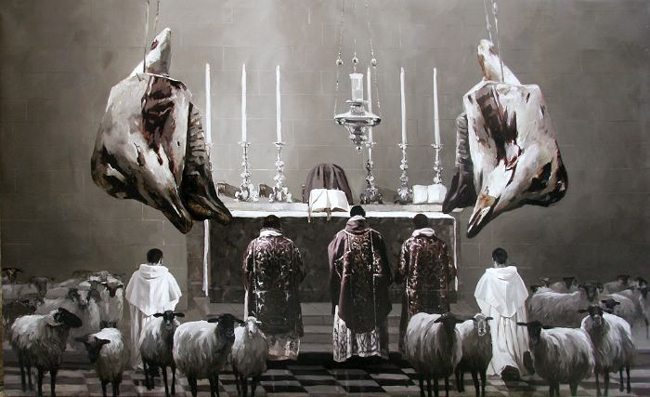 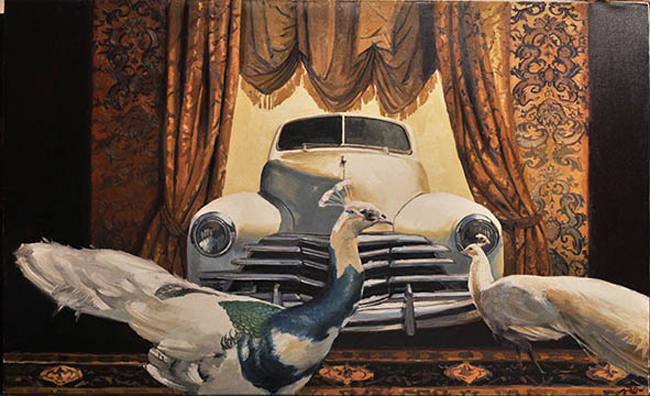 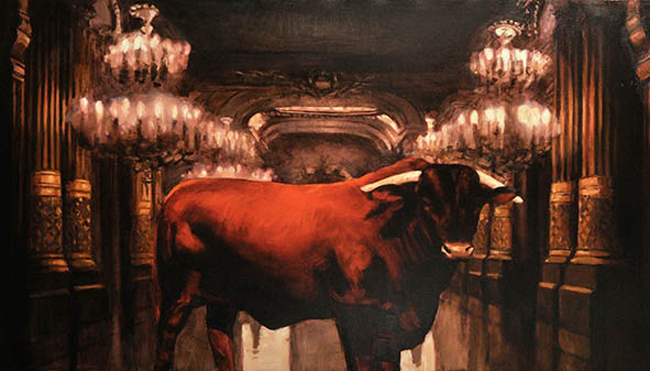 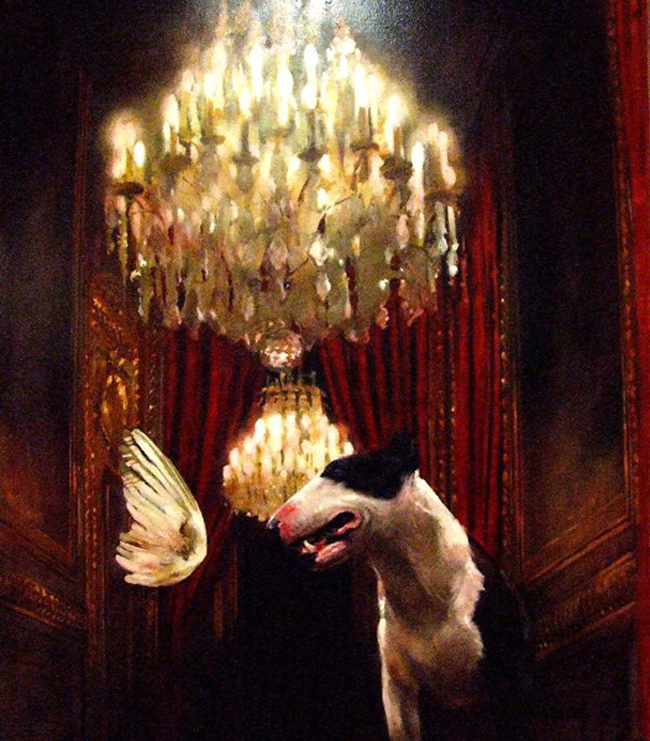 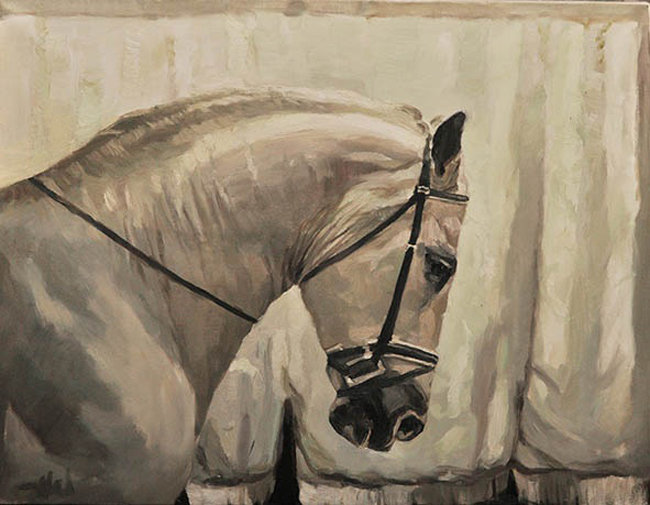 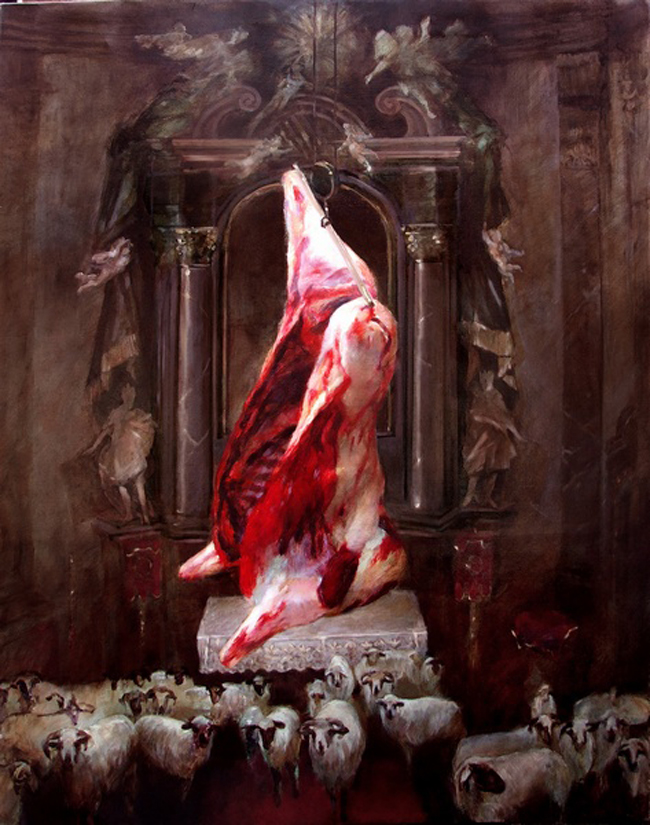 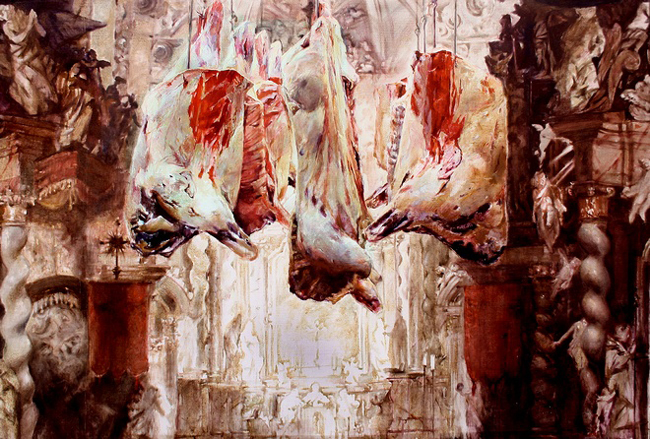 Gheorghe Fikl born on the first of April 1968 in the town of Timişoara, studied at the the Faculty of Arts, West University Timişoara. His works conceal a profound metaphysical dimension.The striking images and violent tones, in which antagonistic symbols of absolute piety and aggressive carnality explore each other from a small distance, reveal a permanent and almost unbearable psychological tension which focuses particularly on the “no man’s land” between them.

Both angel and demon, the bipolar, abyssal inner structure of artistic ego recreates itself as a magical reality of a figurative surrealism. Fikl exhibits in the most important cities of the country and as well as having had several exhibitions abroad. (via fikl.com)

Fikl’s paintings are the overlapping of different worlds, a collage of contrasts that reconcile, where the irrational ensemble is drawn from that superposing of things belonging to different regimes.They show reality through dreams creating an apparent correspondence, whose strange vibe comes from challenging reality and pushing it towards its limits. The contrast between sumptuous settings and the vitality of the animal world creates an intermediate space where oppositions annul each other.

That feeling of grandeur, luxury, esthetic domination and imposing elegance is given both by the size of the paintings as well as they apparent classicism, through dark, powerful tones and the representation of certain being (bulls, dogs, women) that in this type of setting become surreal. The tension generated by the subjective association of a purple bull with a palace or of a dog with one wing flying before it creates an unknown dimension of what we perceive as real. 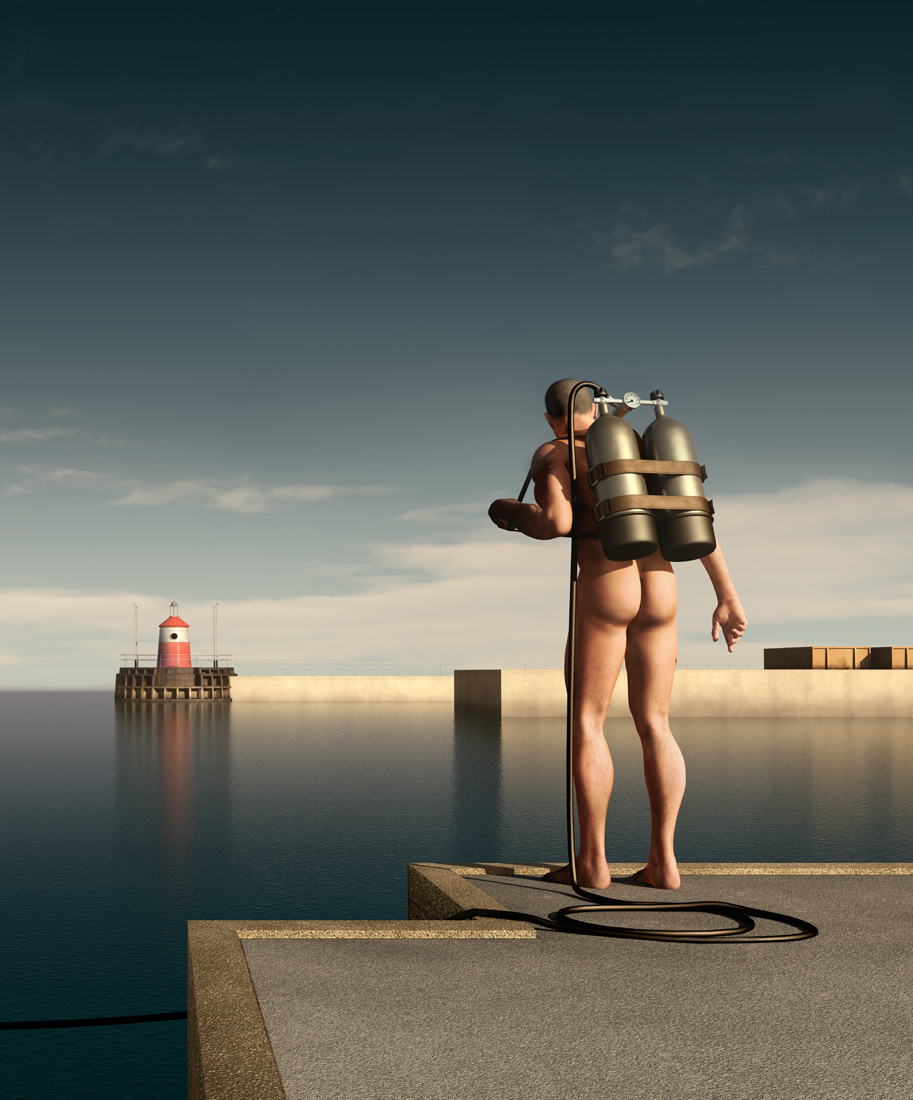 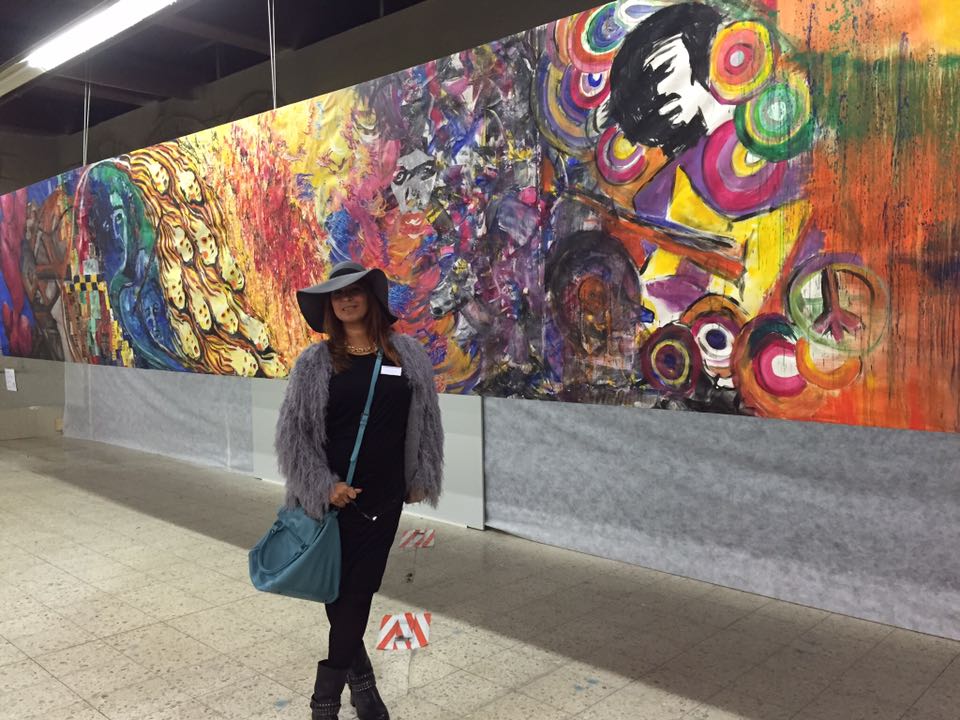 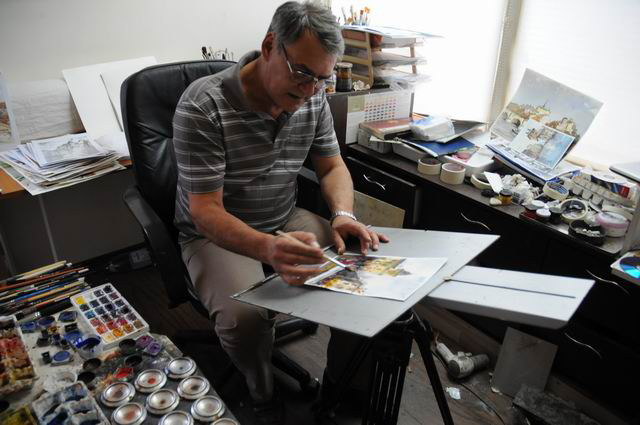