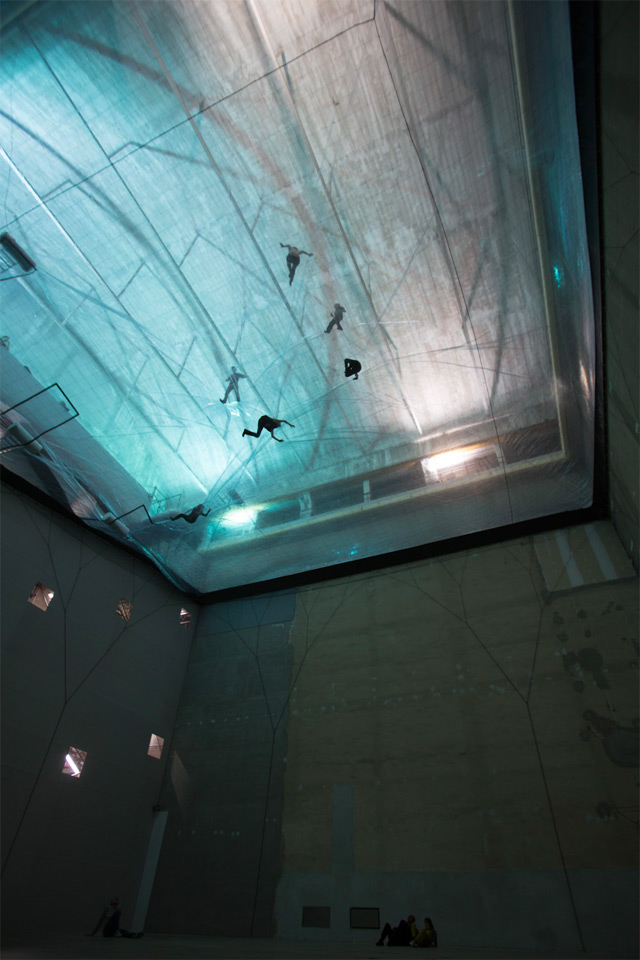 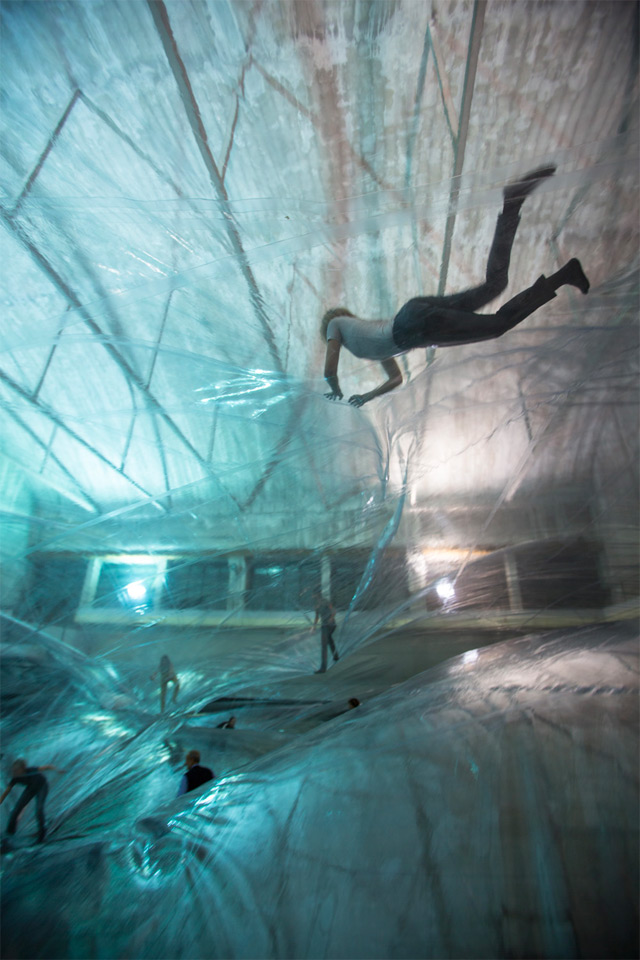 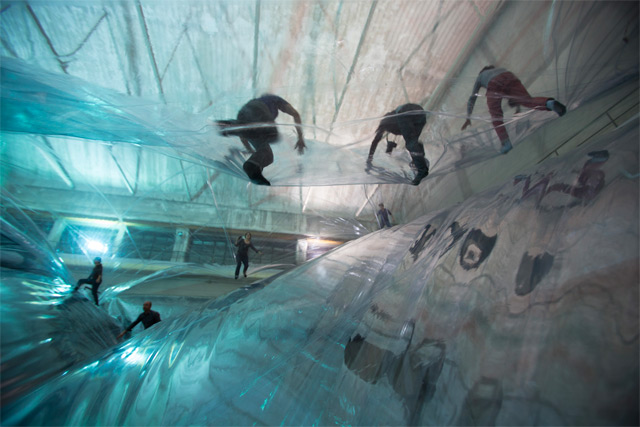 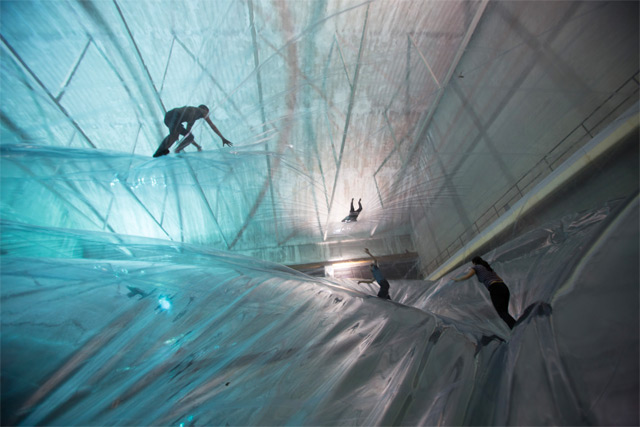 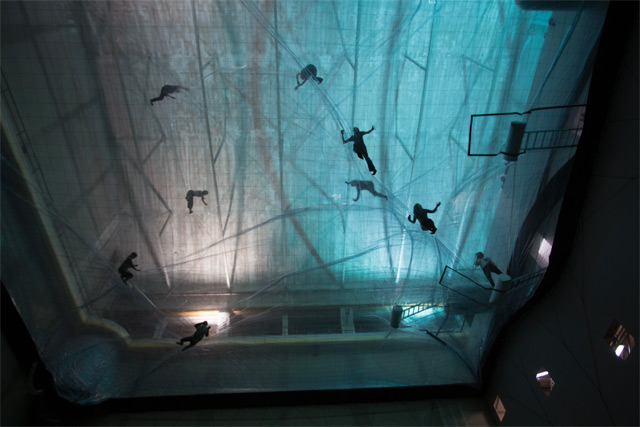 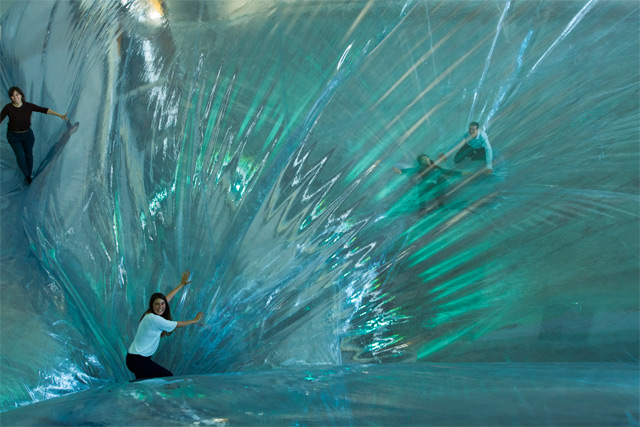 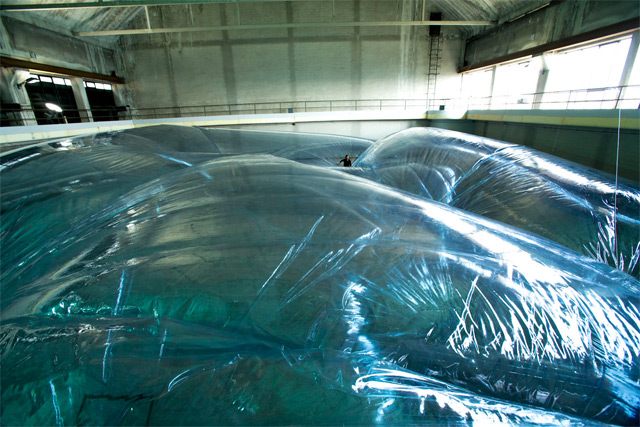 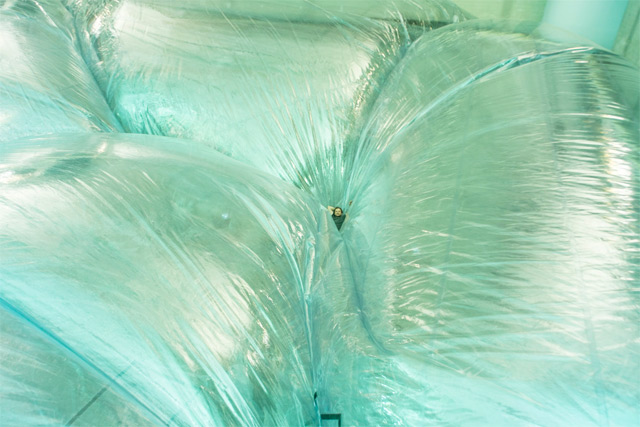 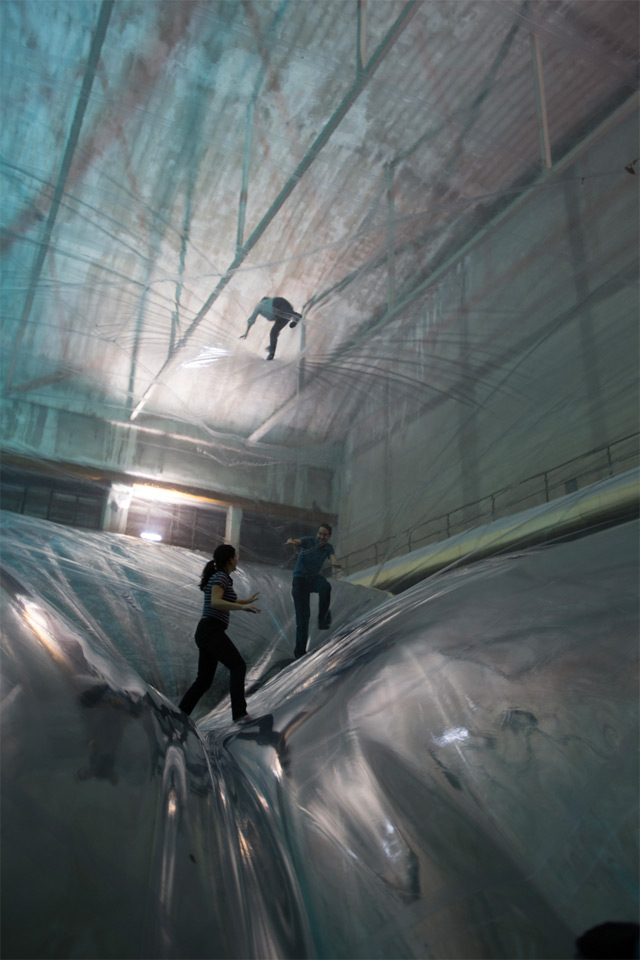 On Space Time Foam at HangarBicocca in Milan, is the latest interactive artwork from Argentinean architect and artist Tomás Saraceno who has become famous for his creation of suspended environments that can be inhabited by people. This latest aerial installation was constructed from three levels of clear film that can be explored while suspended several stories off the ground at HangarBiocca, a former industrial plant that was converted to an arts space in 2004. Via HangarBicocca:

Saraceno, who refers to himself as “living and working between and beyond planet Earth”, bases his work on themes such as the elimination of geographical, physical, behavioural and social barriers; the research into sustainable ways of life for humanity and the planet; the encounter and exchange among different disciplines and bodies of knowledge; the model of networking and sharing applied to all phases of the invention and execution of works and projects. […] At HangarBicocca Saraceno creates On Space Time Foam, a floating structure composed of three levels of clear film that can be accessed by the public, inspired by the cubical configuration of the exhibition space. The work, whose development took months of planning and experimentation with a multidisciplinary team of architects and engineers, will then continue as an important project during a residency of the artist at the Massachusetts Institute of Technology – MIT in Cambridge (MA).

For those who suffer vertigo or do not meet the proper age and medical requirements (!), the piece is always viewable from the ground floor, but the more adventurous tickets can be purchased in the event space hrough March 2, 2013. If you can’t make it to Italy anytime soon you can catch more video of it via Artribune. (via beautiful decay, designboom) 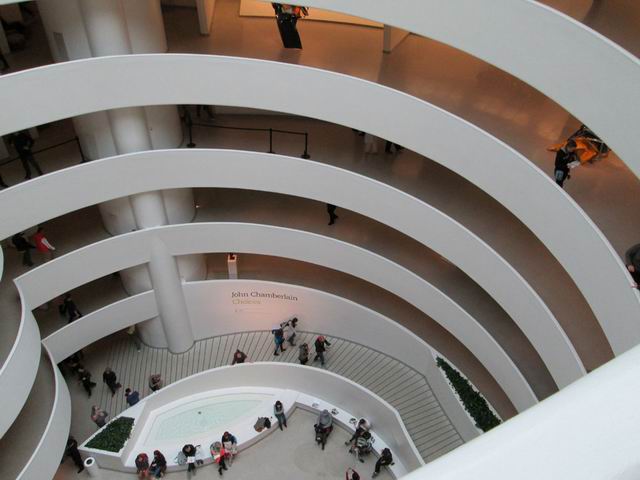 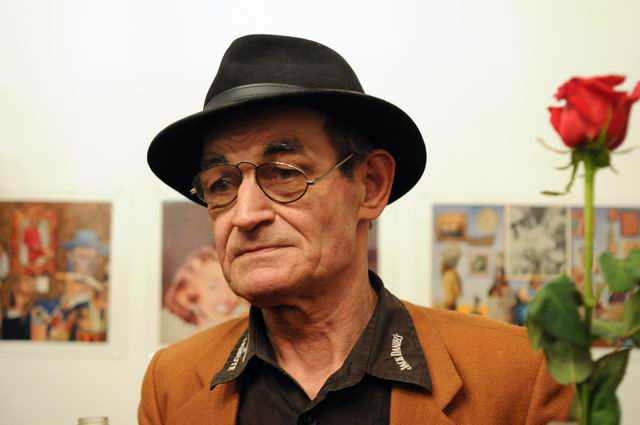 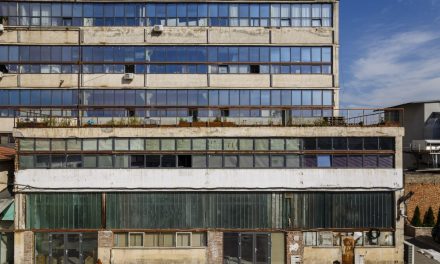