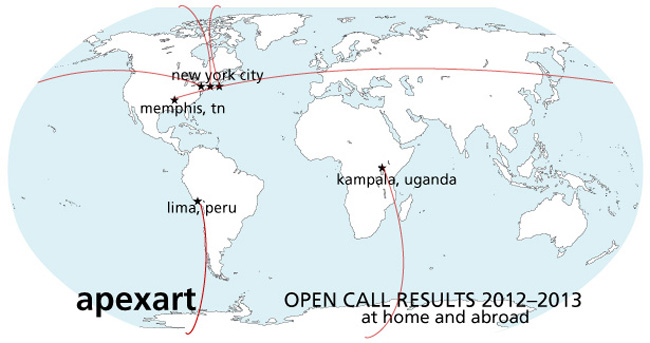 For more information about the winners and how to apply, visit www.apexart.org/opencalls.

apexart open calls accept proposals for idea-based exhibitions from anyone, anywhere in the world. An international jury votes on submissions and determines the winning proposals, which receive financial and administrative support from apexart.

In 2013, apexart will accept submissions for the Unsolicited Proposal Program from January 15–February 15 and for the Franchise Program from April 4–May 3. For more information please visit www.apexart.org/opencalls.

Open Sesame: What Happened on August 2nd 1990? organized by Ola El-Khalidi
January 16–March 2, 2013
Graphic novelists will interpret stories of Kuwaiti refugees who fled after the Iraqi invasion in 1990.

The Last Laugh organized by Kari Cwynar
May 29–July 20, 2013
This exhibition researches laughter as a destabilizing force, and will use a 6-month laughter epidemic in central Africa as its anchor.

Memphis Social organized by Bill Doherty and Tim McGlynn in Memphis, Tennessee
May 2013
Presented in an abandoned Sears distribution center, this exhibition will highlight the local cultural traditions alongside the work of international artists.

apexart open calls are supported in part by the Lambent Foundation, a project of the Tides Center. 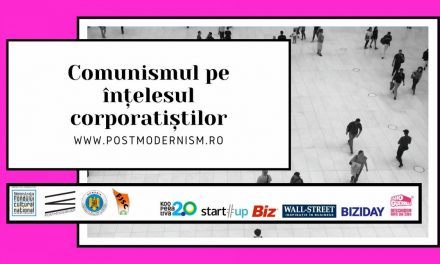 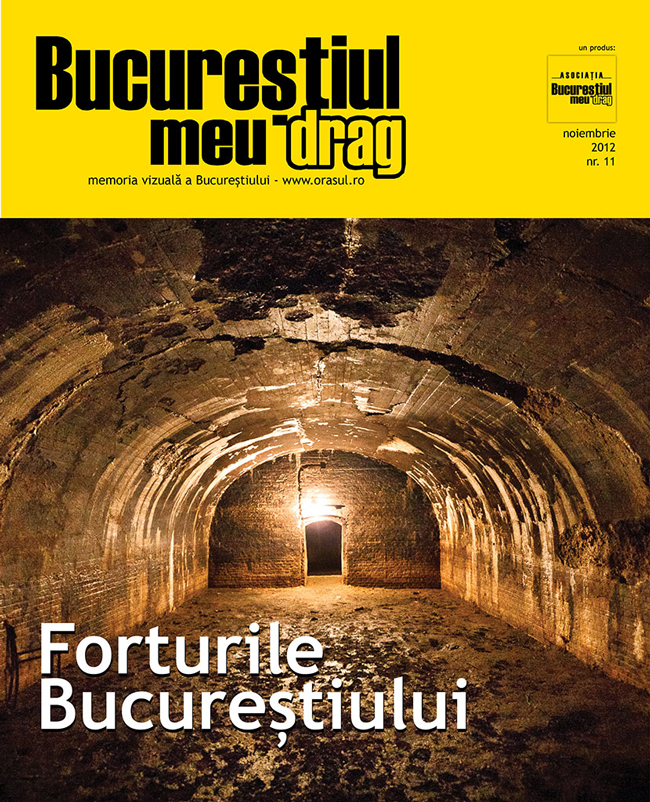 Call for papers @ Artists in Industry. The Role of Design in the Digital Age