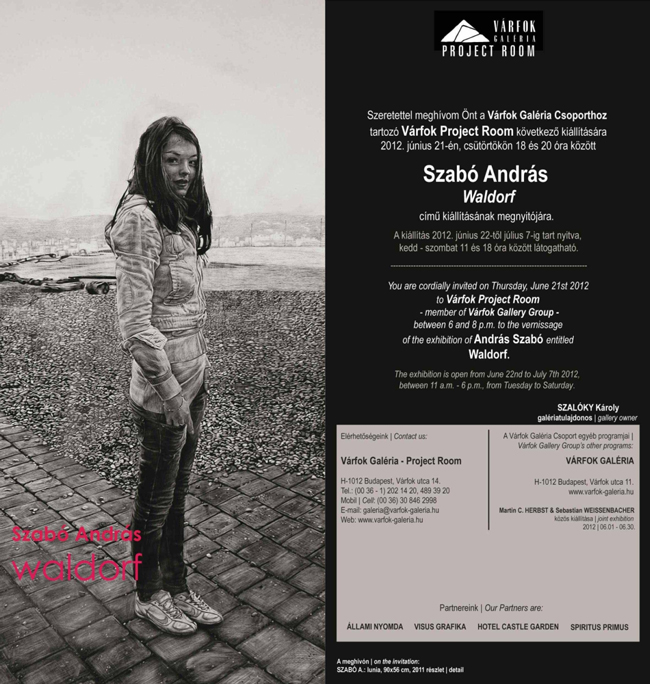 On June 21 2012, Várfok Project Room will present once again a guest artist in its exhibition space. András Szabó’s works are little known by the Hungarian public: since 2006 it’s only the second time they are exhibited in Budapest. Szabó’s one-man show will be named after his series Waldorf.
Looking at András Szabó’s (b. 1980, Târgu Mures/ RO) black and white works, what strikes the spectator at first is their technique, as they’ve been created through a special method of scratching, without one pencil or brushstroke. That is, the plexi-surface painted black is scratched back by the artist – sometimes in a very light way, sometimes in a considerably strong way -, hence calling the composition into being. These works realized with a strike of artistic genius graze the limit of photoreal ism through the richness of tones and the plasticity of the contrasts created by the game of clair-obscur.
András Szabó started his studies at the department of Art Pedagogy in Cluj in 2003, he then continued with a master and a PhD at the Graphic Arts department of the University of Arts and Design of Cluj. His first series were characterized by the theme of globalisation, by the clash of the Western and Eastern world, often completed by pop art motives and comicstrip-like elements.

The series Waldorf is composed of 6 works made in 2011 and 2012 as the result of the impact of personal experiences: András Szabó worked for one year in a school which followed the Waldorf education method. His attention was mostly caught by students of his who had difficicult personnalities or were ‘rebels’, and he decided to ‘immortalize’ them. Quoting his words: „I was caught by the figure of the ‘teenager’ since so many things are hidden behind it. It’s a body and a soul half on its way, a creature living between two ages on no man’s land, a creature who is strong but at the same time so week and fragile as a butterfly’s wing. I felt it important to eternalize them, to enlighten them because they deserve it, and because they need this”.
András Szabó’s teens are not only simple rebels, they are exclamation marks for a society which has sped up and has become impassible; if we listen well, we will hear their voices and the sentences anticipating the exclamation marks, as these teens stand in the ocean of pebbles which reflect the bald and poor emotional world of adults. Behind them is the wire fence and the ravaged landscape, but their eyes are animated by a defiant and burning fire. 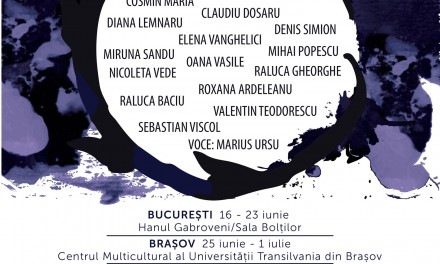