„One Sixth of the Earth. Ecologies of Image” art from the last decade from countries that were part of the former Soviet Union and Eastern Bloc @ MUSAC Museo de Arte Contemporáneo de Castilla y León 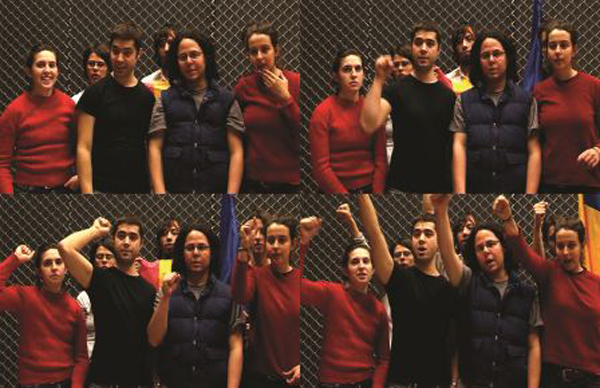 One Sixth of the Earth (Ecologies of Image) presents art from the last decade from countries that were part of the former Soviet Union and Eastern Bloc. The main focus of this exhibition is on moving image work, the medium of choice of many contemporary artists, with which it develops a broad ‘ecological’ frame to present and contextualise a wide range of work from very diverse and different countries and cultures.

Within the overall ecological metaphor invoked in the title, this exhibition engages a number of contradictory and at times completely opposed themes, which have to do both with the trajectories of the individual artists involved but also the widely differing histories of their respective countries of origin and/or where they are currently artistically active: Cultural nomadism – artists now able to travel in search of the best place for training and practice; the emergence of strong local art scenes (often building on networks established in Communist time) which may present artists with difficult choices of advancing their careers at home or abroad; the rise of new nationalisms (with their attendant xenophobia and racisms that have affected many countries in the region); issues of gender and sexual identity (in some cases linking with progressive cultural politics of a previous, communist, generation).

At the centre of our exhibition is a new commission by Tobias Putrih who has designed a viewing space inspired by the work of OsKar Hansen whose concept of the “Open Form” helps define the sensibility of generations of contemporary architects and artists, as one in which the spectator becomes an active participant in the exhibition process. A second commission by Société Réaliste consists of a new typeface ‘Monotopia 1989’ a date that marks both the founding of dissolution of the Communist bloc.

The works presented in the first room of the exhibition, Hall 4.2, explore the resonances of cultural and historical past in our contemporary present – Dimitry Gutov asks how to read the landscape of contemporary Moscow – it is upside down, or are our ideas equally misplaced? David Maljkovic uses the device of science fiction to ask a similar question about Zagreb. Little Warsaw and Irina Boeta refer to the archive to confront past idealism with the banality of the present-day. Yevgenia Belorusets documents the opacity of power in post Soviet Ukraine. Victor Alimpiev hints at the weight of symbols from the past. Dan Acostioaei evokes the fetishism of commodities, Christina Norman and Flaka Haliti present us with artistic interventions against Xenophobia and genocide.

Hall 3.1 presents work which deals with issues of gender and sexuality: Anna Molska takes a fetishistic approach to the male body; Almagul Menlibayeva presents her body as an object of fascination while exploring the ecological devastation of the Aral Sea in Kazakhstan; The Factory of Found Clothes’ operatic documentary presents dilemmas of present day motherhood no longer protected by the Soviet welfare state; Milica Tomic provocatively explores the resonance of Karl Marx’s Das Capital for moneyed collectors of today; Mircea Cantor echoes Alimpiev’s interrogation of symbols.

Halls 5 and 6 include some explicitly ecological works: Mona Vatamanu & Florin Tudor show Roma children playing with the down of willow seeds; Ghenadie Popescu explores the pollution of the river Bîc in Moldova; Alexander Ponomarev deploys the resources of the Russian navy to erase an island from the map. Lukasz Skapski presents the ingenuity of Polish famers, faced with a shortage of spare parts to invent their own agricultural machinery. Adrian Paci echoes Walt Whitman’s ‘body electric’. Gulnara Kasmalieva & Muratbek Djumaliev celebrate the resilience of nomadic women traders. In conclusion, using the formal devices of experimental film-making, Andrej Zdravic explores the pristine beauty of Solvenia’s river Soča (also the site of some of the fiercest fighting in the First World War).

Image
Irina Boeta
Auditions for a Revolution, 2006 (detail)
Colour video with sound. 24’
Courtesy of the artist 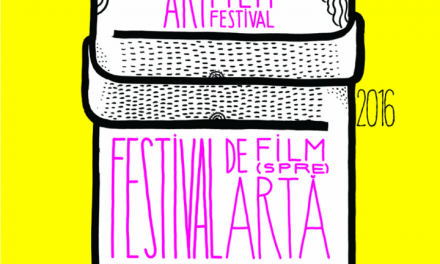 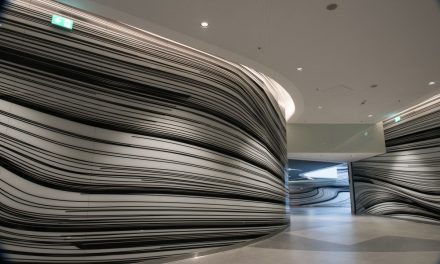 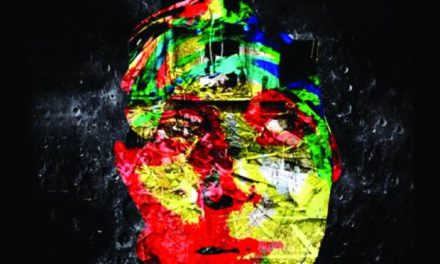