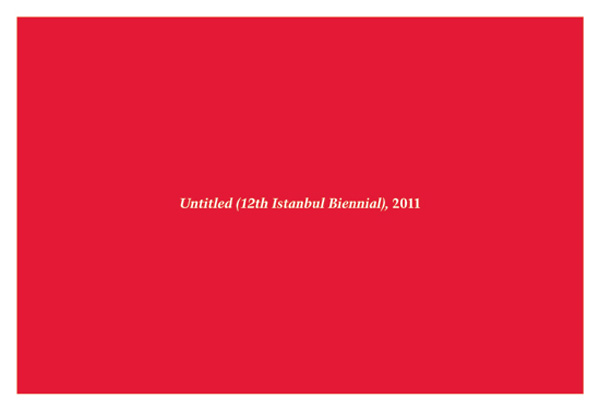 Organized by:
Istanbul Foundation for Culture and Arts
www.iksv.org

Untitled (12th Istanbul Biennial), 2011 will bring together artworks that connect political and social subjects with aesthetic and formal concerns. The curatorial point of departure is the work of the Cuban American artist Felix Gonzalez-Torres (1957–1996), whose pieces in different media provide examples of an artistic practice that is both politically outspoken and aesthetically progressive.

The 12th Istanbul Biennial will be composed of five group exhibitions, around which more than 50 solo presentations will be installed. Each of the five group shows will feature a large number of artists’ works brought together under a particular argument. These group shows—Untitled (Abstraction), “Untitled” (Ross),”Untitled” (Passport), Untitled (History) and “Untitled” (Death by Gun)—depart from specific works by Gonzalez-Torres that will be reproduced in the Biennial Companion publication. The group displays will have the character of cabinet exhibitions, each occupying a distinct space. Together they will function as thematic anchors for the five biennial sections. Each solo presentation will be linked to the subjects of the group shows, but will push the themes further, exploring the subjects the group exhibitions have introduced.

Untitled (Abstraction) is inspired by “Untitled” (Bloodwork—Steady Decline) (1994, graphite and gouache on paper, framed), and gathers works that subvert pure abstraction and the high-modernist grid by bringing in political and bodily themes.

“Untitled” (Ross) departs from “Untitled” (Ross) (1991, candies individually wrapped in variously colored cellophane, endless supply). The deliberately cryptic title of the exhibition is an homage to Ross Laycock, Gonzalez-Torres’s lover, who appears in the titles of several of the artist’s works. The exhibition blends the personal into the political, exploring themes of gay love, relations, family, identity, desire, sexuality, and loss.

“Untitled” (Passport) is inspired by “Untitled” (Passport #II), (1993, print on paper, bound in booklets, endless copies). It revolves around subjects such as national identity, the trespassing of borders, mapping, statehood, economic migration, and political and cultural alienation.

Untitled (History) is inspired by “Untitled” (1988, framed photostat). It focuses on the writing of history, history’s writing, and alternative readings of history.

“Untitled” (Death by Gun) is inspired by the work of the same title by Gonzalez-Torres (1990, print on paper, endless copies). This group exhibition reflects on the rampant spread of worldwide gun violence through a diverse array of historic and contemporary artworks that focus on the role of the gun, the murderer, and the victim.

In response to those today who devalue the exhibition as the primary format of artistic and curatorial expression, favoring instead ancillary events and programming (especially in a biennial context), the organizers of the 12th Istanbul Biennial advocate for renewed attention to the importance of the exhibition itself. The biennial will be precisely installed in a single venue, privileging above all else the display and juxtaposition of the artworks. Special attention is being given to the exhibition’s architecture, designed by Ryue Nishizawa (Office Of Ryue Nishizawa, Tokyo). Nishizawa is implementing an experimental architectural program in Antrepo 3 and 5, the early-20th-century warehouse spaces along the Bosphorus, using a pioneering combination of steel and drywall in a design that is reminiscent of the clusters of small houses and buildings found in Japan.

The publications of the biennial encompass three volumes, with graphic design developed in collaboration with Jon Sueda of Stripe, San Francisco: a book documenting the November 2010 conference Remembering Istanbul, which looked back at the history of the Istanbul Biennial; a short guide with full-color photographs and interviews with the artists by the curators; and a catalogue that will feature six new essays on the topics of the exhibition as well as installation images of the biennial.

To remain in line with Gonzalez-Torres’s idea of “Untitled” and his desire to circumvent established artistic and political conventions, the names of the artists will remain undisclosed until the biennial’s opening. A critical position toward preconceived notions of the exhibition is a fundamental part of the curatorial premise, particularly with respect to a possible consumption of the exhibition via a list of the artists, the names of the curators, or the title of the show. 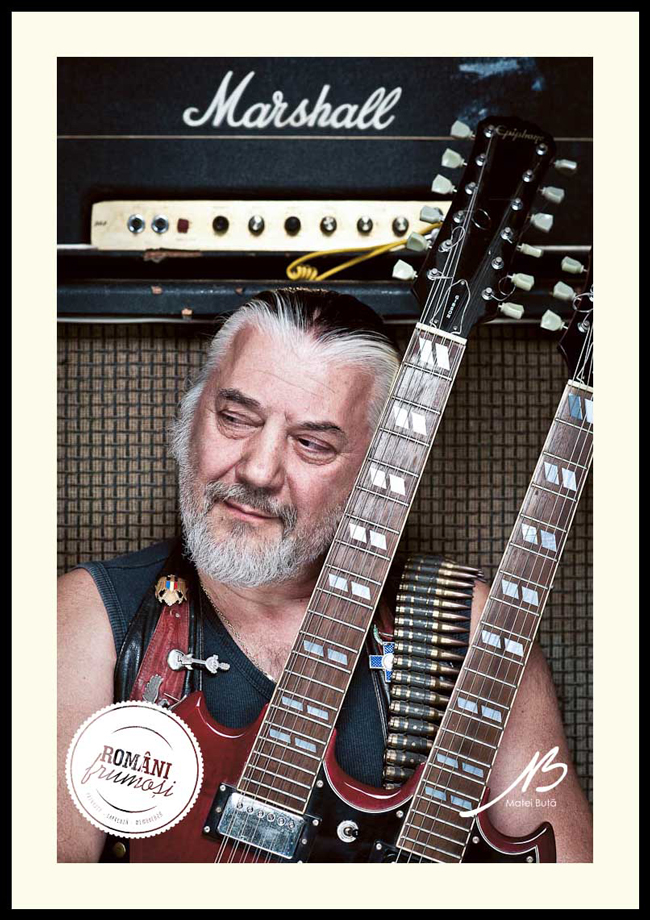