EXPLORING THE RETURN OF REPRESSION

The return of the repressed is a crucial theme, a key to understanding recent history. “The project of the West, the Nietzschean project, has been to drive out religion and to produce a secular society in which men and women make their own values because morality is gone. Then suddenly radical religion returns from the Third World. How can you not laugh at that? How can you not find that a deep historical irony?” (Hanif Kureishi, in International Herald Tribune).

According to Freud, the very act of entering into civilized society entails the repression of various archaic, primitive desires. For Freud repression is a normal part of human development; indeed, the analysis of dreams, literature, jokes, and “Freudian slips” illustrates the ways that our secret desires continue to find outlet in perfectly well-adjusted individuals. However, when we are faced with obstacles to satisfaction of our libido’s cathexis, when we experience traumatic events, or when we remain fixated on earlier phases of our development, the conflict between the libido and the ego (or between the ego and the superego) can lead to alternative sexual discharges.

The return of the repressed is the process whereby repressed elements, preserved in the unconscious, tend to reappear, in consciousness or in behavior, in the shape of secondary and more or less unrecognizable “derivatives of the unconscious.” This return of the repressed, of ideologies forced to marginalization, of sexuality subject to forced secrecy, has resulted, in recent years, in an almost dramatic change of a society filled with anguish, hallucinations, repression imposed by unnecessary regulations that serve to the repressive violence of governments against their own citizens. (Excerpt from the text “Exploring the return of repression” by Razvan Ion).

This exhibition is a version of the “Exploring the Return of Repression”, exhibition presented at PAVILION UNICREDIT, Bucharest, Romania.

Image: Taller Popular de Serigrafia, “Serigraphy Workshop for the Masses – Dario and Maxi presents / Work, Dignity, Social Change”, July 26, 2002. Image printed for the first time at the cultural day celebrated at the Puente Pueyrredón (province of Buenos Aires, Argentina), a month after the shooting execution of Maximiliano Kosteki and DarioSantillán assasinated by the state armed forces, in the name of democracy. “Work, dignity, social change” was the principal slogan of the politically active organization, the Movimiento de TrabajadoresDesocupados (MTD)-Anibal Verón. 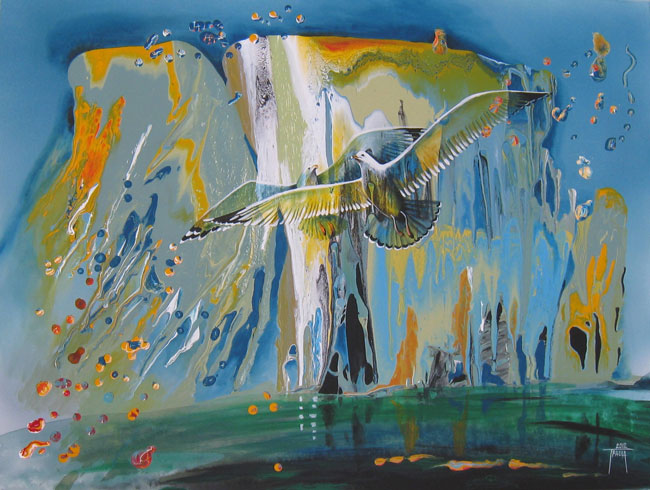 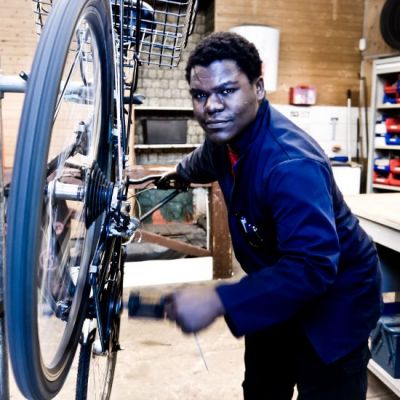