Aakash Nihalani On and Off (Often On)

21.01.2010 – 18.02.2010
“My street work consists mostly of isometric rectangles and squares. I selectively place these graphics around NYC to highlight the unexpected contours and elegant geometry of the city itself. All execution of a piece is done on site with little to no planning” Aakash Nihalani

21.01.2010 – 18.02.2010
“There is opposition, and risk, but I think that just shows that street art is the sort of frontier where the leading edge really does have to chew through the ice. And it’s good for people to remember public space is a battleground, with the government, advertisers and artists all mixing and mashing, and even now the strange cross-pollination taking place as street artists sometimes become brands, and brands camouflaging as street art creating complex hybrids or impersonators. I think it’s understanding the strangeness of the playing field where you’ll realize that painting street artists, writers, as the bad guys is a shallow view. As for the old bronzes, I really don’t see them as part of what’s going on in the dialogue unless addressed by a new intervention.” Mark Jenkins

21.01.2010 – 27.02.2010
Elzo Durt is an artist who uses serigraphy as a medium. His works translate the distress and desires of young adults; this mental confusion towards the complexity of everyday life translates into pop colours on surrealist collages.Elzo is inspired by music and vice versa. From rock and electro to hip-hop, the wacky world of Enzo is a rebuttal to the social and moral order, expressed throughout independent music. It’s a relationship where the world of music and graphic design work together through the creation and organisation of album covers or concerts. On one side you have an exhibition of works inspired by bands known by the artist.On the other, it’s a concert that brings forward 6 of these bands who’ll be playing on the 22nd of February at the Magasin 4.

20.01.2010 – 06.03.2010
Danish artist Helle Mardahl makes us experience an opulence of material and structure as the technical essence of her art. Her remarkable visual acuity references her background as avant-garde fashion designer and the extraordinary level of details (assisted by seven couturiers) encompasses a complex network of political and socio-critical themes

16.01.2010 – 12.02.2010
Stencil artists Jana and JS first met in a shared apartment in Madrid. At this point in time the City was establishing itself as a real central place for Stencil Art. “This technique seemed like the best way for me to express myself artistically. I started to cut and paint very simple stencils. The following year when I returned to Paris I met many artists, including Artiste-Ouvrier, who in 2005, founded the first French Stencil Crew, “Working Class Art” (WCA). We have since joined the collective, and it is because of this and other encounters that we developed our style which still defines us today.” -JS. Jana began cutting Stencils back in Austria and later moved to Paris in 2006. The two artists began working together and continue to do so in Salzburg. Jana and JS’ work characterizes itself in a very exact, realistic, and colorful style. Above all Urban space and areas which lay in ruins or are in the process of being demolished interest them. The images in their work reflect the cities where the work is then left, including Paris, Salzburg, Vienna, Madrid, Barcelona.

09.01.2010 – 20.02.2010
With joined forces, Base23, Ink-A-Zoid, Pabo and Pisa73 work in the Superplan Studio to spread their work through joint-exhibitions, events and publications. Superplan Studio is a spin-off of Superplan, which is based in Berlin since 2006. Superplan combines gallery, design-studio and artist-studios. Main focus is “Urban Art” with casual meanderings in other disciplinces.

07.01.2010 – 14.01.2010
The amusement park had been sold, it was about to close, living through its last and long summer season. For Baptiste Lignel, say the words “Coney Island” to just about any American and you will provoke a reaction, at the very least a spark of recognition. Whether from experience, retold stories of past generations or the personal, albeit generalized, identification and sense of ownership that legend generates, you will have touched on a piece of Americana. A jointly-owned American archetype. The river. This is a project about that particular River. But these are images not of what is constant, the geographical elements of a well-known landmark, but of what is in constant change: the people. The flow of individuals who come to Coney Island and, by their interaction, affect its course over time. The water. These images are of people who, out for a good time on a hot summer’s weekend, are caught in the paradox of being private in public; en famille in a crowd of strangers. And reacting to Baptiste Lignel’s images, Johnny Miller behaved like an archaeologist, who can only look at the “traces” of a civilisation to try and understand it. This trash, these objects, he collected are so many pieces of lives lived there, or gone through there. Pieces of a culture, signs of behaviours, from which one can recompose a scenario, a life, an activity.

07.01.2010 – 15.01.2010
Istanbul will be hosting the first eyesore art show, and the Milk Gallery & Design Shop will be the place (a really cool spot right in the center). For that special day, I will be there in person to hug,dance, jump and chat with you, so please… don’t disappoint me, come. Lot of eyesores products will be available on the gallery, time has come to eyesorize your world.

07.01.2010 – 06.02.2010
Mixed Greens is pleased to announce Howard Fonda’s fourth solo show with the gallery. In Squonk’s Tears, he will debut new paintings and drawings. The legend of the Squonk began long ago in the rich Hemlock forests of Pennsylvania. A mythical beast covered with warts and blemishes, the Squonk is judged by mankind to be grotesque despite its innate desire for acceptance. Misunderstood, it spends its days hiding and weeping, trapped in its ill-fitting skin. For as long as the legend has existed, the Squonk has been able to evade capture by dissolving into a pool of tears. The insightful metaphor and romantic anthropomorphism of the Squonk’s tale are extremely poignant today. The creature’s dilemma functions, as many monster tales do, as a symbol of vulnerability and crisis. Adopting the perspective of the Squonk provides us with an opportunity to experience empathy and hope.

11.12.2009 – 10.01.2010
The season of mystic ritual for the Western world happens each December. Darkness comes early in these arcane times and tradition reigns high as humans congregate around decorative firs and twinkling lights to celebrate magic. Metaphysical folk tales are shared, candles are lit, bread is broken, and concealed treasures are bestowed upon significant others. For suspended moments, belief is possible. The line between the real and the imaginary blurs, allowing for small cracks of wonder. It is here that nine artists emerge, bearing little crowns. Manipulating the earthly substances of clay, metal, mineral, wood and pigment, each artist conjures personal imagery of alchemy and enchantment.

01.12.2009 – 23.01.2010
For its final show of 2009 Whatiftheworld / Gallery is pleased to present a major group exhibition titled Holiday. Featuring a selection of signature works from emerging South African artists, the exhibition opens up and explores the underlying link between these contemporaries. Whilst each work represents the conceptual concerns of the individual artists and can be evaluated independently, the grouping of artworks also encourages the viewer to engage in the interaction of the works. Linked through their use of recycling and remixing of found objects and images, each with their own origin, stories and complexities, the works engage with an array of pertinent critical issues.

Nomad Rainbowcoloured Tears of a Clown

30.10.2009 – 09.01.2010
As an original street artist, Nomad developed his expressional variants conceptually and technically through interactive projects in interior and exterior spaces: combining writing and street art with poetry and classical painting. In this context, we become acquainted with Nomad’s “street art” in the gallery as part of a holistic work of art. The works shown move between humour, satire and human drama. 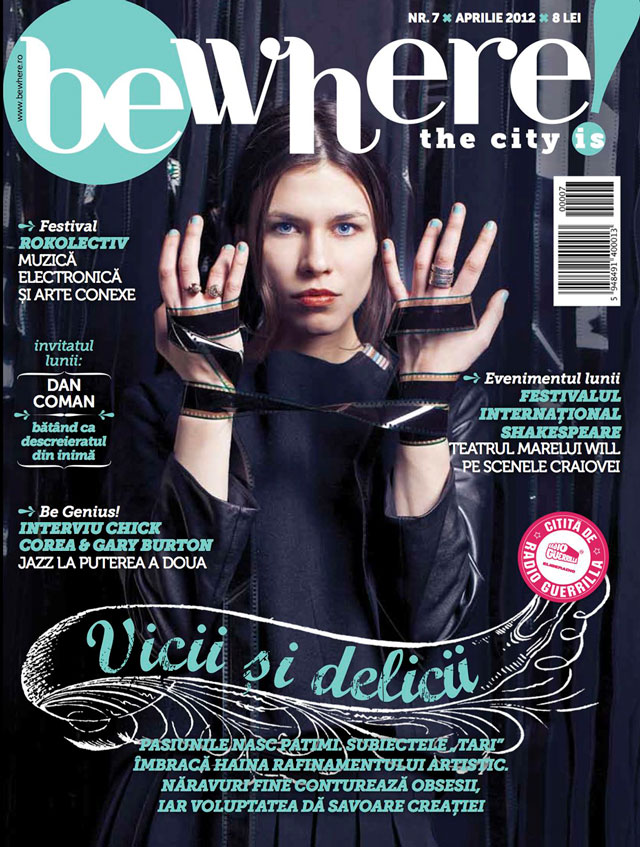 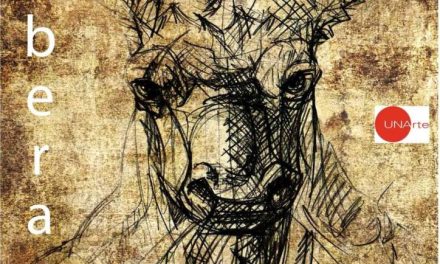 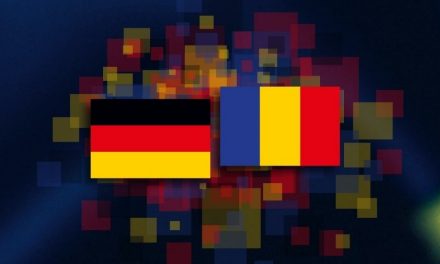