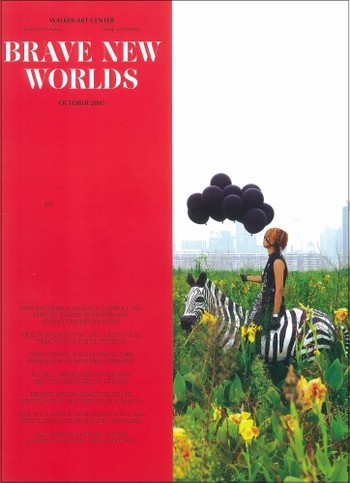 Assessing the current state of international art and its political consciousness, the Walker Art Center exhibition Brave New Worlds, on view October 4, 2007-February 17, 2008, assembles work by 24 artists from 17 countries who are exploring, with sharpened
awareness, the many ways we know, experience, and dream about the world. The exhibition?s title, borrowed from Aldous Huxley?s 1932 novel Brave New World, evokes an attractive utopian proposition when written in the plural sense in an attempt to frame the art of today beyond glib expressions of globalism and to stress its multiplicity of voices, artistic practices, and visions.

On view will be painting, drawing, sculpture, photography, video, film, and installation dating from 1995 to the present.

Some artworks offer escape: fanciful worlds, soothing aesthetics, images and ideas made to calm and comfort. Others nudge us to question and reflect on realities facing us as individuals and as a society. The latter definition of art guides the exhibition Brave New Worlds, which considers the present state of political consciousness, expressed through the questions of how to live, experience, and dream. Organized by Walker visual arts curators Doryun Chong and Yasmil Raymond, the exhibition of some 70 works by 24 artists from 17 countries doesn’t resort to simplistic notions of “political art.” Instead, the diverse artistic voices gathered here seek different potentials for engagement and thus collectively offer a look beyond glib expressions of globalism.

The exhibition title, inspired by Aldous Huxley’s 1932 novel Brave New World, capitalizes on its ambivalent resonance. “We came upon ‘brave new worlds’ because we thought that in front of us are a range of approaches to the world that are critical but ultimately hopeful,” says Chong. “Then, we realized that the expression, in daily parlance, actually expresses ambivalence toward the relentless forward movement of modernity, and that’s precisely what’s found in Huxley’s book. His future society, one possible dead-end of modernity, is ultimately dystopian, but people are engineered to be perpetually ‘happy.’” Made into the plural form, “brave new worlds”—the micro-worlds proposed by the artists—present a multiplicity of interpretations and perspectives that critically cut through the collective haze of the “globe” that obscures the world’s many realities.

What forms would such “politically conscious art” take? Several artists work in ways that are akin to investigative journalism: for instance, a photographer documenting the lives and landscapes of Tangier, Morocco, the jumping-off point from Africa into Europe across the Strait of Gibraltar; a pseudo-archivist collecting, organizing, and analyzing the striking similarities between photos from the U.S. Department of Defense Web bank and those from Jihadist Web sites. Other images in the exhibition show not only the streets of Beirut during Lebanon’s civil war and an antiwar protest in Washington, D.C., but laborers on sugarcane fields in South Africa and workers in a lightbulb factory in Southern China. To this complex portrait of war, civic action, and labor, Brave New Worlds adds further visuals and objects of poetry and reverie: plastic bags combined to make a giant balloon, a series of photographs of the sun, a cowboy hat filled to the brim with used motor oil.

“Creating requires taking a courageous attitude toward adversity,” says Raymond. “We, in Minneapolis, in the United States and everywhere else, face difficult questions in a post–9/11 world. The works gathered in this exhibition offer opportunities for pondering answers rather than settling into a status quo of pessimistic prophecies and easy apathy. The ‘bravery’ in the show’s title is the invitation to take constructive positions and create experiences, offer provocations, and make inspiration.” The extremely broad range of practices here is, in fact, consistent with the idea of “brave new worlds,” and these works cannot be categorized formally or stylistically, the curators say. “We had this great opportunity to bring two dozen artists to one place and the only requirement we came up with for ourselves is that their art-making is responsible to the world,” says Chong. “And that’s our definition of ‘political consciousness.’ ” 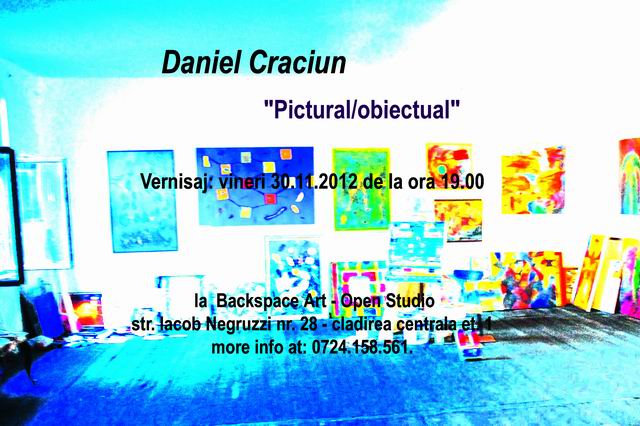